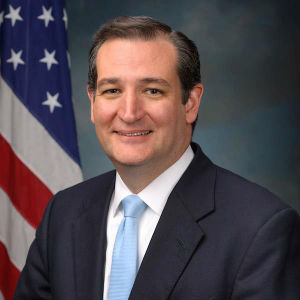 “I am encouraged and honored to have Bill, Shak, and Cynthia head up our leadership team in Virginia,” said Senator Cruz. “The Commonwealth will play a critical role in the nominating process as Virginia Republicans make their decision on Super Tuesday. We are going to compete hard for their votes and with our outstanding and experienced leadership team’s help, I believe we will do very well. We are going to reunify the old Reagan coalition, and unify voters over the common cause of restoring our constitutional principles and conservative values.”

“I am excited to lead the Virginia effort to elect the freedom-loving constitutional conservative Ted Cruz as our next President,” said Sen. Stanley. “I am asking all Virginians, from all walks of life, and from all corners of the Commonwealth, to join our grassroots effort to be a part of reigniting the promise of America – for us, our children, and for generations to come. The story of Ted Cruz’s life and that of his family is the epitome of the American Dream. His vision for the future of our country is simple: that through his principled leadership, together we will build a dynamic nation where even those with nothing, have the chance to achieve anything.”

Virginia Cruz Co-Chairman Cynthia Dunbar, Forest
Board Member of the Virginia First Foundation. Former Assistant Professor of Law and Advisor to the Provost of Liberty University. Former elected member of the Texas State Board of Education.