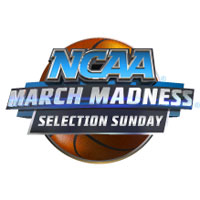 It’s a rite of Selection Sunday that Virginia Tech fans could do without.

The Hokies, with a 21-11 record, 11 wins in the ACC, two wins over NCAA Tourney participant Florida State, a win over #1 West Region seed Duke two weeks ago, were once again left out of the NCAA field.

George Mason (26-6) and VCU (23-11) from the CAA both got at-large bids, joining tournament champion Old Dominion (27-6), marking the first time the Colonial got two at-large bids into the tournament field.

Virginia Tech seemed to have played its way into the field as a fifth ACC participant with its 64-60 win over then-#1 Duke on Feb. 26 and then posting two wins in this week’s ACC Tournament, including a 52-51 win on Friday over Florida State in the ACC quarterfinals.

The win gave Tech a season sweep of Florida State. Tech also beat another bubble team that was given an NCAA bid, Penn State (19-14, the #10 seed in the West Region).

Losses in the final week of the regular season to Boston College and Clemson and a pair of losses to 16-15 Virginia were key blemishes on the Hokies’ resume, as was a relatively weak strength of schedule (74th among the 345 teams in Division I).