The Waynesboro YMCA is bringing a new game to Waynesboro – knockerball – with an event set for Tuesday, April 19.

It’s presidential season, and the Waynesboro YMCA is throwing its support to an outsider candidate, a 1-year-old named Zoe.

Senior: Keeping in shape at the Waynesboro YMCA helps you enjoy retirement

L.G. Ferrier was 85 years old when he decided that he needed to get in shape. Now an active member of the Waynesboro YMCA,

SMAC swimmer Aaron James has his sights set on the 2016 Olympic Trials in the 50-meter freestyle, and his PR is within a second of the qualifying time.

On occasion I’ll go to our Waynesboro YMCA members, friends, and donors and ask for help. I have two special requests this holiday season and wanted to see if folks might be interested in getting involved.

Before you sit down for your Thanksgiving meal, the Waynesboro YMCA can help you account for the extra calories.

With the ground breaking of the new YMCA in McIntire Park on Thursday, the Charlottesville Department of Parks and Recreation released information regarding changes to circulation and access to the park. 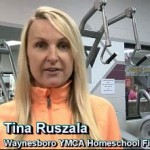 Homeschool PE at the Waynesboro YMCA

Waynesboro YMCA member Tina Ruszala has been homeschooling her three children for more than six years. As in any homeschool community, the parents involved work together to provide different education and socializing experiences.

The Waynesboro YMCA is hosting a Blood Drive on Friday, Sept. 4, from 1-5 p.m.

The Waynesboro YMCA is offering a course providing certification in lifeguard training, first aid, CPR for the professional rescuer and oxygen, delivery and bloodborne pathogens.

Henry Banks has weightlifting trophies older than some of the people spotting him on the bench at the Waynesboro YMCA.

Waynesboro YMCA Night at the Waynesboro Generals set for Wednesday

Waynesboro YMCA Night at the Waynesboro Generals takes place on Wednesday, July 15, for the Generals home game with the Staunton Braves.

The staff at Weaver Insurance & Financial Advisors in Waynesboro is once again busy getting ready for the Merv Wooten Invitational golf tournament hosted by the Waynesboro YMCA.

The model for fitness centers has been, come to the gym, do your fitness here. The Waynesboro YMCA is turning the model on its head with a new approach to fitness.

Fitness: Do you need a personal trainer?

Achieving your personal fitness goals comes only after you commit to changing your lifestyle, which doesn’t come easy.

Keep up with your fitness regimen this summer

The summer months lend themselves to activity, but don’t fool yourself into thinking that warm-weather activities are enough in terms of helping you reach your fitness goals.

The Waynesboro YMCA is having is 29th Annual Spring Gala on May 1st at the Best Western in Waynesboro.