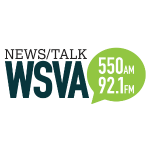 After 44 years of service, well known Valley radio announcer Charles Graves has decided to retire from WSVA Radio in Harrisonburg.

Hosts Chris Graham and Mike Bocock talk baseball on the 2015 debut of Play Ball! The show, which airs on Thursdays on WSVA-550 in Harrisonburg, focuses this week on local high school baseball, and sets the schedule for the 2015 Rockingham County Baseball League season.

Inside the Numbers: The top-rated radio stations in the Harrisonburg market

Two country stations sit atop the ratings in the Harrisonburg radio market in the most recent Nielsen Audio Quarterly Report.

JMU led by as much as 11 in the first half but could not hang on to the advantage, as East Carolina surged to a 70-58 victory in men’s basketball on Saturday evening at Williams Arena at Minges Coliseum.

Augusta Free Press LLC Vice President Crystal Graham took the ALS #IceBucketChallenge today. Augusta Free Press will donate $100 to ALS on her behalf and challenges other local businesses and individuals to match our donation! Clients, you are up! 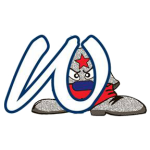 Waynesboro Generals general manager Tyler Hoffman was a guest on Play Ball! with Mike Bocock and host Chris Graham, the editor of Augusta Free Press. Hoffman talked with Mike and Chris about the Generals’ run to the 2014 Valley League championship, the team’s second championship in two years.

James Madison University Athletics has announced its continued partnership with VerStandig Broadcasting (WSVA-AM550 and WHBG-AM1360 Radio) in Harrisonburg as the flagship stations for its football as well as men’s and women’s basketball broadcasts.

Augusta Free Press is handling advertising placements for the Play Ball! radio program. Placements start at $75 for inclusion in the program. Your ad will be featured in both broadcasts – the original run on WSVA and the repeat on ESPN radio. More details are below.

Listen to Play Ball! on WSVA

Play Ball! with Mike Bocock and Augusta Free Press editor Chris Graham is back on WSVA-550AM in Harrisonburg, Va., today at 6:25 p.m.

Legendary baseball coach Mike Bocock returns to the airwaves this month on WSVA-550AM in Harrisonburg with “Play Ball!” Bocock, whose teams have won eight Valley Baseball League championships in his 25 years in coaching, will be joined on “Play Ball!” by co-host Chris Graham, the editor of The Augusta Free Press and the long-time voice of the Waynesboro Generals.

The Friday, April 18th River City Radio Hour will mark the first appearance of Frets & Fingers on the Radio Hour and another chapter of Basic City Boys.