Chris Graham breaks down a big week in pro wrestling: with Survivor Series and NXT Takeover: Toronto on the schedule. 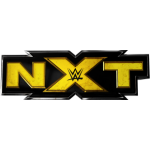 Live at Altria Theater, NXT Live! See the hottest brand in sports entertainment as NXT heads to Richmond for the first time ever on Friday, October 7.

Spoiler alert: there weren’t any misses at NXT Takeover: Brooklyn II, which was solid top to bottom.

The night I was the wrestling sidekick for Coach Bill Phipps

I only had the fortune of working with Coach Bill Phipps once, and never got to hear the result.

Deadspin today was highlighting at the top of its front page an article from four years ago about fans’ chance encounters with famous pro wrestlers.

Podcast: Does wrestling need an offseason?

Does pro wrestling need an offseason? AFP editor Chris Graham takes on the topic in this week’s wrestling podcast.

ECW Original Tommy Dreamer said in a recent interview that wrestling needs to do away with unprotected chairshots to the head.

How does WWE get Roman Reigns over?

WWE desperately wants to get Roman Reigns over with fans. Matching him up with smark favorite A.J. Styles is probably not the way to do it.

WWE is advertising that it is beginning a new era. The first installment of Roman Reigns vs. AJ Styles was a good launching pad.

What good does it do for fans to keep booing Roman Reigns?

Is WWE trying to kill Charlottesville with weak JPJ card?

WWE is coming to the John Paul Jones Arena on May 15. Don’t feel the need to rush out to get your tickets right now or anything.

Roman Reigns, predictably, walked out of AT&T Stadium at the end of WrestleMania 32 with the WWE championship.

Fishburne Military School made its presence known this weekend at the 2016 VISAA state wrestling tournament at Deep Run High School outside of Richmond.

WWE Fastlane: Winners, losers and more from the show

We can start with the obvious. The biggest losers at WWE Fastlane were those of us who spent three hours fighting spotty broadcast signals and common sense to watch.

Former WWE champ Daniel Bryan: Lucky to be getting out alive

The great shame with the recent news about former WWE champion Daniel Bryan isn’t that he’s retiring in his prime at age 34.

Fishburne Military School is hosting the Virginia Independent Conference wrestling championships on Saturday, and four Caissons will bring undefeated records into the VICs.