“Laughter is Sacred Space,” written by Ted Swartz of Ted & Company, walks you through his relationship with a friend and business partner, Lee Eshleman, who took his own life in 2007.

“Who Is That Farmer in the Mirror?” is one workshop topic of the inaugural Farming Leaders Conference set for March 19 at Blue Ridge Community College.

Farmers to learn about communicating at inaugural Farming Leaders Conference

To better prepare farmers to communicate with the public, several organizations will host a Farming Leaders Conference March 19 at Blue Ridge Community College.

I would like to thank the voters of the 25th District for my re-election to the House of Delegates. Without each one of you this would not have been possible. 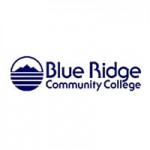 BRCC to host Education and Employment Fair on Nov. 5

Blue Ridge Community College is hosting an Education and Employment Fair on Thursday, November 5 from 3-7 pm at the Plecker Workforce Center on the Weyers Cave campus.

The Virginia Department of Transportation has scheduled an overnight lane closure for Interstate 81 northbound in Augusta County near Weyers Cave. The left lane will be closed from 8 p.m. tonight (Thursday, October 8) until 7 a.m. Friday morning.

When you think of a play and a pie auction, you’ve got Ted & Company’s Peace, Pies & Prophets! Please join us as Ted Swartz and Tim Ruebke tickle our funny bones and stimulate our brain cells. 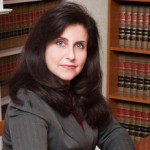 Mid-September is a great time to give public transportation a try throughout Virginia, with special giveaways and free rides available during Try Transit Week.

Farmers and farm landowners are cordially invited to attend the session to be held August 20, 2014 at 9:00 AM at the Weyers Cave Community Center, 682 Weyers Cave Road, Weyers Cave, VA.

Returning books to the Augusta County Library just got easier. Thanks to a partnership with Blue Ridge Community College, county library users can now return items to the Houff Library or its book return on the Weyers Cave campus. 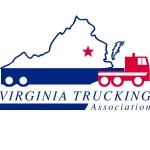 The Virginia Trucking Association presented its 2014 Safety Awards on May 15 during its Annual VTA Safety Management Conference, held at the Wintergreen Resort in, Wintergreen VA.

Robert Oakes, an author living in Weyers Cave, has completed his first fantasy trilogy with the publication of “White Angel.”