AccuWeather: Dreaming of a White Christmas? Here are your odds

AccuWeather reports upon the millions of Christmas cards that hit store shelves each holiday season, many are strewn with images of a homey dwelling tucked under puffy mounds of white snow. While many dream of a similar white Christmas setting to fall during the winter celebrations, conditions do not always align to bring the picture-perfect snowy scene.

Washington coach Jay Gruden talks with reporters after Washington’s 19-17 win over the Tennessee Titans on Sunday in NFL action at FedEx Field in Landover, Md.

William and Mary basketball gets some preseason media love

A number of preseason prognostications have high views of the William and Mary men’s basketball team for the 2014-15 season. Both Blue Ribbon and NYBuckets.com rated the Tribe No. 1 in the Colonial Athletic Associatino (CAA) prior to the year.

Wednesday’s total lunar eclipse, set to begin a little after 5 a.m. EDT, will be the second of four consecutive “blood moons” to be visible in the United States during a two-year time span.

Washington had the ball near midfield down 10 points early in the third quarter. Then the wheels fell off the Kirk Cousins bandwagon. 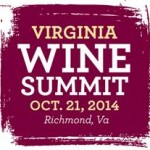 Third annual Virginia Wine Summit to be held in Richmond on Oct. 21

Governor Terry McAuliffe today announced that the third annual Virginia Wine Summit will be held in Richmond on Oct. 21, 2014. The event will bring wine experts and industry leaders from around the country to discuss, taste, and celebrate the exciting state of Virginia’s wine and food culture.

JMU had its second member of the 2014 squad selected in the Major League Baseball First-Year Player Draft when the San Diego Padres chose right-handed pitcher Chris Huffman (Fort Defiance, Va./Fort Defiance) in the 14th round with the 417th overall pick.

VMI baseball has announced the players that will participate in summer leagues this season, according to information provided by the program recently.

Chris Graham: Take me out of the ballgame

More than a few Waynesboro Generals baseball fans were mildly upset that the opening ballgame of their team’s second-round 2013 Valley Baseball League playoff series was called by rain only after the team had made an hour-plus bus trip to the field to find out that the home team had somehow neglected to put its tarp down on the field before what turned out to be a brief storm had hit. 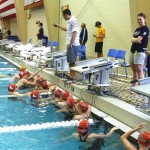