Governor Terry McAuliffe announced today a series of legislative proposals aimed at enhancing employment and educational opportunities for Virginia veterans as part of his ongoing effort to build a new Virginia economy.

The Jim Webb exploratory presidential team added a new member on Friday with the tapping of veteran journalist Craig Crawford to head up communications for the campaign.

Join the Shenandoah Valley District of the Virginia Production Alliance and special guest John Johnson of Darkstone Entertainment for an illuminating evening about no-budget filmmaking.

The Washington Redskins announced today that they have made the following roster moves. 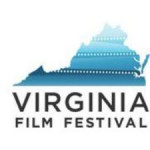 The Virginia Film Festival will once again put community front and center in 2014 with the return of its highly popular Family Day and the 11th annual Adrenaline Film Project.

Washington coach Jay Gruden talks with reporters on Friday. Washington (1-4) travels to Arizona (3-1) for a game on Sunday at 4:25 p.m.

Virginia farmers and forest land owners can now apply for assistance to protect the health and productivity of their land under the Environmental Quality Incentives Program (EQIP) administered through the U.S. Department of Agriculture’s Natural Resources Conservation Service (NRCS). 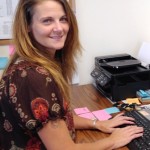 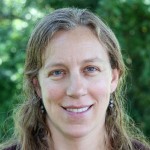 A 14-year-veteran of natural resources conservation projects will continue that work in Virginia.

Statements from U.S. Sen. Mark Warner on his visit to Buena Vista on Monday on student debt, the V-A scandal and Iraq.

Following the fatal crash of a 104th Fighter Wing F-15C aircraft in the remote mountains near Deerfield Valley, Va. the family has asked that the unit share with the public the name of the pilot who was fatally injured Wednesday.

ODU football coach Bobby Wilder talks with the news media in advance of the Monarchs’ season opener on Saturday vs. Hampton.

Following one of the roughest seasons in recent program history, the Bridgewater Eagles football team will need to find quick solutions on the offensive side of the ball and continue to build on a stout defense as the 2014 season approaches.

The third-ranked UVA men’s soccer team gets its first taste of game action in 2014 at 7 p.m. Saturday when it plays host to Rutgers in exhibition play at Klöckner Stadium.

Grants to help veterans, minority farmers get started in agriculture