Inside the Numbers: #2 Virginia, somehow, pulls out win at FSU

Virginia’s starting backcourt played all but four minutes of the 59-55 win at Florida State Wednesday night. And, yeah, that’s a lot.

The significance of Wednesday’s 59-55 win at Florida State for #2 Virginia: you’re going to need a game or two like that one in March to get to a particular Monday night in April. 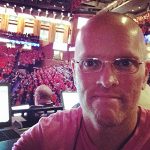 Chris Graham and Scott German break down #2 Virginia’s 59-55 win at Florida State that moved the ‘Hoos to 12-0 in ACC play.

#2 Virginia rallied from a 10-point halftime deficit, holding Florida State without a field goal for the final nine minutes, in rallying to a 59-55 win over the Seminoles on Wednesday.

Women’s basketball: Virginia plays at No. 12 Florida State on Thursday 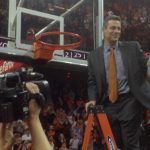 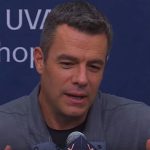 No Zay, no problem for #2 Virginia on defensive end

Virginia held #18 Clemson to 13 second-half points on 6-of-24 shooting in its 61-36 win Tuesday night. Most of that effort came with the nation’s best defensive player on the bench.

Virginia held the #2 spot in the Associated Press Top 25 for a second straight week. The ‘Hoos (18-1, 7-0 ACC) are on a 10-game winning streak after wins this past week on the road at Georgia Tech and Wake Forest.