Four ODU football games to be televised in 2014

Conference USA announced today that four ODU C-USA football games will be televised in the Monarchs’ inaugural season in the league, including the league opener at Rice and ODU’s first-ever home contest on a Friday night against Middle Tennessee.

Senator Mark R. Warner’s re-election campaign today launched its first television ad, “Working Together,” which emphasizes his consistent focus, as Governor and Senator, on working across the aisle to give everyone a fair shot at success.

As part of the announcement of early-season football television selections, the Atlantic Coast Conference announced today start times and broadcast originations for Virginia’s first three games of the 2014 season. 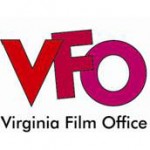 Advanced driver assistance systems (ADAS) offer a significant opportunity to reduce collisions, improve traffic flow and enhance driver convenience. However, motorists may not fully understand the operation and limitations of these technologies.

AAA: Be prepared for flash flooding

Except for heat related fatalities, more deaths occur from flooding than any other weather hazard. Why? Most people fail to realize the power of water. 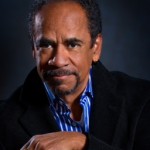 Tim Reid, an Emmy-nominated actor, director and producer, will deliver the featured address during VCU’s 2014 May commencement ceremony.

Most Americans have seen or heard of a wish come true – whether it’s a 5-year-old boy rescuing a city as his favorite superhero, a young girl wishing to dance with a prince, or a teenager relishing beachside moments in the Caribbean, miles away from the thought of treatment and the pain of hospital visits. 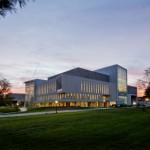 Virginia Tech to dedicate its Moss Arts Center on April 25

Virginia Tech has scheduled for April 25 its dedication of the Moss Arts Center, a $100 million facility that is home to the university’s Center for the Arts and Institute for Creativity, Arts, and Technology.

Paul Heyman says only three people know the real story behind CM Punk’s sudden departure from WWE, and he’s not one of the three.

When the new AMC TV series “TURN” premieres on Sunday, April 6 at 9 pm ET, Virginians will get their first opportunity to view the Revolutionary War-era saga about America’s first spy ring.

Scooby-Doo Live! at the Paramount in April

A total of 39 UVa. baseball games will be available on television or through online video broadcasts this season, as the ACC and Virginia each announced their spring broadcasts schedules on Wednesday.

A State Senate committee effectively killed legislation that would have taken public notices out of newspapers. The Senate Committee on Local Government voted 12-3 on Tuesday to “pass by indefinitely” Sen. Ralph K. Smith’s SB 472.

Curtis Fleming, award-winning host of “Fly Rod Chronicles with Curtis Fleming” on the Outdoor Channel, filmed at The Greenbrier and The Greenbrier Sporting Club in April 2013 for an upcoming television episode, “America’s Resort on the Fly,” which debuts Monday, January 27 at 11 a.m. EST.

BnBFinder, one of the world’s most comprehensive online search guides for B&Bs and inns, has named the Belle Hearth Bed and Breakfast, located in Waynesboro, Va., a Guest Favorite for 2013.

WVPT to present Ethan Bortnick Live in Concert: The Power of Music

WVPT Public Television, serving the Shenandoah Valley and Central and Northern Virginia, announces the premiere of Ethan Bortnick Live in Concert: The Power of Music, Dec. 4 at 8 p.m. At 12, Bortnick—the youngest performer ever to headline his own international concert tour—has so far appeared in more than 200 concerts.

Virginia’s wine industry generates $747 million for the state’s economy. According to a 2012 report released by Gov. Bob McDonnell’s office, that figure is more than twice a 2005 estimate of how much the industry would grow in seven years.

Get the most out of your holiday turkey

Turkey is gobbled up during holiday meals every year, but purchasing the bird and cooking it is still a mystery for some home cooks. Before buying your turkey, determine how many people you are going to feed.

Lang Lang to perform at the Paramount

Lang Lang is one of the most prolific and highest profile recording artists of our time. In great concert halls around the world, pianist Lang Lang has played to standing room only crowds since his stunning debut at age 17 with the Chicago Symphony. Now 31, Lang Lang is acclaimed as a phenomenon who transcends generations with his brilliant, appealingly humble, sensitive and unique personal style.

﻿Virginia Tech has named its $100 million arts center building in tribute to artist and philanthropist Patricia Buckley Moss, whose recent donation in support of the center is one of the largest gifts the university ever has received.

Master of the sitar, surbahar and tabla to perform at Bridgewater College

Ustad Shafaat Khan, a world-renowned Indian master of the sitar, surbahar and tabla, will perform at 7:30 p.m. Monday, Oct. 28, in the Carter Center for Worship and Music at Bridgewater College.

The Cuccinelli for Governor campaign today released a new television advertisement to push its message that frontrunner Terry McAuliffe’s plans would raise taxes on Virginia families.

Monica is one of two recipients of the 2013 Youth in Philanthropy for the Shenandoah Chapter. She will be recognized the week of her birthday on November 25th. Monica and her mother will visit James Madison University and speak with their chapter of National Student Speech-Language Hearing Association.

Gov. Bob McDonnell and AMC announced Friday that Turn (working title), a new series for AMC being produced by AMC Studios, will be filming in Central Virginia.

Virginia gubernatorial candidate Terry McAuliffe’s campaign released a new television ad, “Hampton” Tuesday featuring Meade Amory, the owner of Amory’s Seafood Market in Hampton, highlighting how McAuliffe is the candidate who will work with members of both parties to “create jobs and grow Virginia’s economy.”

Too close to the TV?

Earth Talk www.emagazine.com Dear EarthTalk: Years ago I read that children should be kept at least two feet from the television because of harmful electronic emissions. Is this still relevant? Is there a difference regarding this between older and new flat-screen models? – Horst E. Mehring, Oconomowoc, Wisc. Luckily for many of us and […]