The UVA baseball team completes the regular season Thursday through Saturday with a three-game ACC series at North Carolina. Play begins at 7 p.m. Thursday at Boshamer Stadium in Chapel Hill and continues at 6:30 p.m. Friday and noon Sunday.

What do we know about ACC basketball after a topsy-turvy opening weekend?

We thought we had the ACC all figured out. #3 UVA escaped unranked Miami in two overtimes. Notre Dame had a similar double-OT scrape with Georgia Tech at home, then went to Chapel Hill and took down the Tar Heels on Big Monday. Virginia Tech fell just short of coming all the way back from a 22-point deficit to Syracuse.

A valiant second-half rally came up short as the William and Mary men’s basketball team fell at No. 19 North Carolina, 86-64, on Tuesday night.

Virginia Tech defensive coordinator Bud Foster will be 60 when the five-year extension reported last week comes to an end. What we can extrapolate from that is that Foster is now officially a Hokie-for-Life. 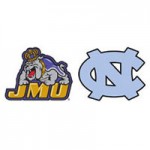 The fourth-ranked UVA women’s soccer team advanced to the ACC Tournament final with a 2-0 victory over No. 5 North Carolina Friday night at the UNCG Soccer Stadium.

In a meaningful ACC Coastal Division matchup, North Carolina climbs back into the division race with a 28-27 victory over the Virginia Cavaliers.

Can UVA football bounce back against improving UNC?

Breaking down Virginia Tech-UNC: Who survives to compete in ACC title race?

Both Virginia Tech and North Carolina enter their matchup Saturday at Kenan Stadium in Chapel Hill, N.C., with an ACC loss. One will leave with a second loss, and almost assuredly will see its chance to play for the ACC title in Charlotte in December come to an end.

No. 23 North Carolina erased a third quarter Liberty lead by scoring 28 points during a four-minute span, allowing the Tar Heels to open the 2014 season with a 56-29 win over Liberty, Saturday evening, at Kenan Stadium.