Augusta Free Press is proud to be a sponsor of the Oct. 10 Out of Darkness Staunton Community Walk being held in conjunction with the American Foundation for Suicide Prevention.

Breaking the silence: Suicide victim’s family gets involved in walk for prevention

Christina Abbe was only 15 years old when she took her own life with a single gunshot to her chest. Crystal Abbe Graham, her identical twin, was left forever scarred by this loss.

On Saturday, March 28, Bridgewater College will host for the first time the fourth annual Walk for Hope – an event in which four area institutions of higher education will unite to raise awareness about depression and suicide prevention.

According to the Centers for Disease Control and Prevention, suicide is the tenth leading cause of death in the United States with one suicide occurring, on average, every 13 minutes.

A guy shoots up a school, the right howls about not giving up Second Amendment rights because of random gun violence, says it’s mental illness, does nothing about mental illness.

The Virginia State Police Bureau of Criminal Investigation’s Appomattox Field Office is continuing its investigation into the fatal shooting incident that occurred Oct. 16, 2014, on Interstate 64 in Augusta County.

Chris Graham: Hugs have to suffice

I wish I knew what to say that could make it all better, but there are no such words. Hugs have to suffice.

The total number of people killed by guns, suicide and accidental deaths between Newtown and December 2013 is 12,042. With all the fear and anguish brought on by these shootings, little has been done to address the issue in Congress or in state legislatures.

ShenanArts and Ampersand Arts have teamed up for the production of a new American play, Gidion’s Knot by Johnna Adams.

This Memorial Day weekend, the Department of Veterans Affairs estimates that nearly 70 US veterans will kill themselves. According to the DVA Veteran Suicides 2012 Report, 22 former servicemembers commit suicide every day on average, a number that is growing.

With the 2014 season in the books, Bridgewater College head men’s lacrosse coach Mic Grant has announced the fundraising tally from the Eagles’ Will-To-Live game.

The Altoona Curve (5-8) turned the tables on the Richmond Flying Squirrels (9-6), claiming game two of a three-game series, 2-1, at Peoples Natural Gas Field on Friday night. The Altoona victory ended a four-game win-streak for the Squirrels in the season series.

Depression is topic of David Romano presentation at Bridgewater College

David Romano, who lives with depression and has experienced the dark lows of self-injury and a suicide attempt during high school, will speak on Monday, April 28, at 7:30 p.m. in Cole Hall at Bridgewater College. 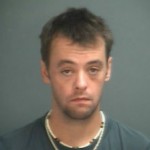 The Waynesboro Police Department is requesting assistance in attempting to locate a missing, possibly suicidal man who was last seen in mid-February when he fled from city police.

“Oh, ‘November Rain.’” My wife gets emotional when we hear the song on the radio. It was the song that was played at her twin sister’s funeral 18 years ago. Tina died of suicide. The song inevitably brings back discussions of why, what could have been done to prevent what happened from happening, et cetera. […]