Drugs, alcohol and suicides are contributing to an alarming drop in U.S. life expectancy, particularly among middle-aged white Americans and those living in rural communities, according to an editorial co-authored by Steven Woolf, M.D., director of the Center on Society and Health at VCU.

Statement by the American Foundation for Suicide Prevention on Chris Cornell

We recently learned of the death of Chris Cornell, former frontman and musician for the band Soundgarden. 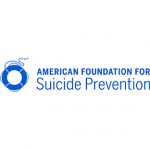 Eating at Buffalo Wild Wings in Waynesboro will help us raise funds for the American Foundation for Suicide Prevention. 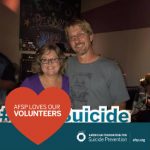 Suicide is the tenth leading cause of death in the United States. Yet many people affected by suicide don’t talk about it.

Crystal Graham: Together, we can help prevent suicide

Each year, we lose 42,773 Americans by suicide, and it costs the U.S. $44 billion annually. Yet suicide is preventable.

It’s time to tune in for the livestream as the American Foundation for Suicide Prevention converges in Washington, D.C. for the 7th annual Advocacy Forum.

Together, we can make a difference to #stopsuicide

Suicide is one of the 10 leading causes of death in the United States, and it’s preventable. Nine out of 10 people who die by suicide have a diagnosable mental health condition, like depression.

The American Foundation for Suicide Prevention presents Talk Saves Lives, a presentation to learn the risk and warning sides of suicide.

The American Foundation for Suicide Prevention will hold its second Out of the Darkness walk in Staunton on Saturday, October 8.

The American Foundation for Suicide Prevention is presenting a screening of “Dead Poets Society” on Saturday, May 21.

The American Foundation for Suicide Prevention will deliver two presentations of “Talk Saves Lives,” on Thursday, May 26.

Not all people who suicide are mentally ill, nor are all with mental illness suicidal. A feeling of hopelessness is a common factor.

Let it shine! Out of the Darkness walk helps friends, family remember those lost to suicide, work toward prevention

Amy Argenbright lost a cousin to suicide in May. Seeing others close to her impacted by what had happened “made everybody realize the need to talk about it and bring it to light,” said Argenbright.

I never thought I’d get a tattoo. But last week, on the anniversary of my twin sister’s suicide, I found myself working with an artist on a design that incorporated the word ditto, a semicolon and a heart.

Video: Out of the Darkness Community Walk

Augusta Free Press editor Crystal Graham joins host Kris Neil on WKDW-900 in Staunton on “Country Club” to talk about Out of the Darkness, a suicide prevention awareness event and fundraising walk scheduled for Oct. 10.

Suicide is the tenth leading cause of death in the United States, yet suicide is preventable. More than 200 people from throughout Staunton, Augusta County and surrounding areas are already signed up on the AFSP website www.afsp.org to participate in the Staunton Out Of The Darkness Walk on Saturday, Oct. 10.

Crystal Graham: After I pulled the trigger

When I looked down, I saw my lifeless body beneath me. I could still hear the gurgles coming out of my mouth. There was no blood. Had I really just done that? I sat on the floor for hours with the loaded gun in hand, crying, crying and crying some more.