The Commonwealth graduated its 126th generation of Virginia State Troopers on Friday.

Virginia State Police have released the name of the Amherst man who did in an accident on Interstate 81 in Augusta County on Monday.

Virginia State Police have released the identity of the man who died in the Wednesday accident on Interstate 64 in Fluvanna County.

The Virginia State Police has moved forward with appointing a new director and deputy director of the Bureau of Administrative and Support Services.

This week 42 high schools students from across the Commonwealth experienced life as a Virginia State Police trainee.

Virginia State Police are investigating a fatal crash involving a pedestrian that occurred in the early morning hours Sunday.

Virginia Tech coach Frank Beamer and Virginia coach Mike London put their rivalries aside in order to team up with the Virginia State Police for a traffic safety public service announcement.

Shortly before 4 p.m. Thursday (April 2), the Augusta County Sheriff’s Office was in pursuit of a 2013 Kawasaki motorcycle. As the motorcycle was traveling along South Delphine Avenue, it passed Virginia State Police Trooper S.J. Nicely Jr.

Virginia State Police is conducting a comprehensive investigation into the March 18 arrest by Virginia Department of Alcoholic Beverage Control (ABC) special agents of a 20-year-old UVA student in the City of Charlottesville.

Virginia State Police are asking for the public’s help in locating a vehicle that fatally struck a pedestrian Thursday night in Rockingham County.

Utility work to slow down traffic on Interstate 64 on Sunday

A Waynesboro man wanted by police on three outstanding Waynesboro felony warrants was arrested last night after threatening a 23-year-old Grottoes man with a gun at the Shell Station at East Broad Street and Charlotte Avenue, and forcing him to drive to another location.

One dead in Route 340 DUI in Augusta County

At 3:01 a.m., Monday, Virginia State Police Trooper T.L. Johnson was called to the scene of a single-vehicle crash in Augusta County. The crash occurred on Glebe School Road/Rte 708 less than a mile west of Route 707.

The Virginia State Police Bureau of Criminal Investigation, Culpeper Field Office, is investigating an inmate death that occurred on December 7, at the Rockingham County Jail.

At 1:03 p.m. Monday (Dec. 1), Virginia State Police Trooper Z.J. Blevins was called to the scene of a single-vehicle crash in Augusta County. The crash occurred at Exit 235 on Interstate 81.

At 10:22 a.m. Wednesday, the Waynesboro 911 Center received a call from a female in the 300 block of South Delphine Avenue reporting a domestic incident with a family member involving damaged property.

Motorists should be alert for northbound and southbound “slow roll” lane closures on the morning of Sunday, November 2, along Interstate 81 in Frederick County. 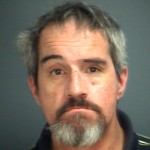 The Virginia State Police Bureau of Criminal Investigation’s Appomattox Field Office is continuing its investigation into the fatal shooting incident that occurred Oct. 16, 2014, on Interstate 64 in Augusta County. 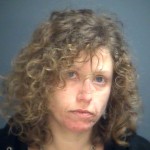 The Waynesboro Police Department arrested a Maryland woman early Sunday morning after they found her passed out in a wrecked car loaded with suspected methamphetamine.

Governor Terry McAuliffe announced Friday that the Commonwealth is taking additional steps to strengthen the level of preparedness for the Ebola virus by mobilizing a statewide unified command group. This group is responsible for coordinating resources and personnel.

Virginia State Police are seeking the public’s assistance with a fatal hit-and-run crash investigation that happened on the evening of October 16, 2014 or on the early morning hours of October 17, 2014.

At 7:30 p.m. Thursday (Oct. 16), a Virginia State Police trooper initiated a traffic stop on a Ford Windstar minivan traveling east on I-64 in Augusta County. The minivan stopped on the right shoulder near the 89 mile marker.

At 7:30 p.m. Thursday (Oct. 16), a Virginia State Police trooper initiated a traffic stop on a Ford Windstar minivan traveling east on I-64 in Augusta County. The minivan stopped on the right shoulder near the 89 mile marker.

Virginia State Police are on the scene of a shooting that occurred in the eastbound lanes of I-64 near the 89 mile marker in Augusta County following a traffic stop. The incident occurred shortly after 7:30 p.m. and remains under investigation. Check back to AugustaFreePress.com for updates as this story develops.

Virginia State Police Trooper D.C. Palmer responded Wednesday (Oct. 15) to a single-vehicle crash in Greene County. The crash occurred at 4 p.m. on Route 670, less than a mile north of Route 1130.

Slow roll closure on Interstate 81 in Rockingham County on Oct. 19

Motorists should be alert for northbound and southbound “slow roll” lane closures on Sunday morning, October 19 along Interstate 81 in Rockingham County.

Why not interview Jesse Matthew in 2009?

Jesse Matthew, in jail on a charge related to the Sept. 13 disappearance of second-year UVA student Hannah Graham, was working as a cab driver the night that Morgan Harrington disappeared in 2009.

Virginia State Police were notified this morning that a second driver has died as a result of injuries sustained in a Wednesday crash in Rockingham County. Sarah M. Hensley, 35, of Elkton, Va., passed away at UVA Medical Center early Friday morning (Oct. 3).