How to market your small business in a cost efficient manner

The plight of many small business owners is figuring out how they are going to expand their marketing effort without impacting the bottom line too heavily.

Steps you can take to secure your small business network

A local area network is something that’s important for small business to focus on, regarding security and protection against vulnerabilities.

Senator Jeremy McPike’s bill to provide optional bonding for Class A and B contractors passed the Virginia Senate.

Tips for entrepreneurs on how to structure a good meeting

Meetings are an essential part of getting business done and moving on with decision making for your business.

As we well know, small businesses are the backbone of our economy, and the ability for these entities to access private capital is imperative.

There are a lot of things that you need to consider in order to prepare your business for success in the present.

The House Financial Services Committee recently passed the Investment Advisers Modernization Act of 2016 with a bipartisan vote of 47-12.

How small local businesses can catch up with the digital age

For those businesses that still don’t have an established online presence, the idea of catching up can be daunting.

As if Waynesboro actually appreciates business

Waynesboro City Council has proclaimed May as Business Appreciation Month. Only if the City Council actually would appreciate business.

At a time when our economy is struggling, Congress must do everything possible to help small business achieve success.

A new $1 million program will assist small businesses in improving the occupational and technical skills of their workers.

This past week the Financial Services Committee held our first legislative mark-up of the year, approving 10 bills to reduce regulatory burdens on our Main Street businesses.

My name is Cole Scrogham and I am a small business owner in Augusta County, providing consulting and management services to Motorsport companies all over the US and Europe,

AFP Marketing Class: How to get attention to your small business

Your small business offers the best products, services, both, of anybody in your market. But if people don’t know your name, they’re not going to know to call, email, etc., to find out what you have.

Congressman Robert Hurt (R-Virginia) released a statement after the House passed the Protecting Affordable Coverage for Employees Act, which would maintain the definition of small employer as those with 50 or fewer employees.

Small business: What you need to know about 1099 reporting

The issue of 1099 reporting is one topic that seems to be too often overlooked. It is the business owner’s responsibility to comply with the 1099 rules, and more than likely almost every business has at least one 1099 that should be issued.

The secret to getting new business

Aren’t we all looking for the secret to getting new business – new customers, new clients? I can let you in on the secret. You’re not going to like it. It involves work – hard work, and smart work.

Today’s episode of The Chris Graham Show features a preview of the 2015 ACC Football Kickoff, a look at early, early polling in the 2017 Virginia governor race, then shifts gears to talk marketing for small business.

Marketing needs to be consistent, reliable

Too often in small business we tend to think about our efforts at marketing only when business is slow, as in, Oh, crap, what do we have coming in, we need to do something, fast.

Health Works for Northern Virginia, in conjunction with small business organization Small Business Majority, will host a webinar on Thursday, July 9, 2015, on the healthcare law and its impact on Virginia small businesses and entrepreneurs.

Governor Terry McAuliffe today announced the launch of a key component of his efforts to catalyze entrepreneurism in the Commonwealth. The Virginia Velocity business plan competition opened today and is overseen by the Office of the Secretary of Commerce and Trade. The competition focuses on entrepreneurs in the key strategic growth sectors of bioscience and energy.

American small businesses have been the backbone of our nation’s economy for centuries. Today, more than half of Americans either own or work for a small business.

Driving through the Sixth Congressional District is a lesson in the role small businesses play in shaping and growing our communities.

Augusta County announced Thursday the launch of a Small Business Loan Fund. The county’s first-ever loan fund program is aimed at boosting ideas to reality by supporting entrepreneurial activity in our growing economy.

Marketing on a budget: Yes, it can be done

It’s tough for businesses to get their messages to stand out with so much marketing going on around us. TV, radio, newspapers, the Internet, smartphones, social media: we’re literally surrounded by marketing messages every second of every day.

It’s not enough to just have a business website. Having a web presence in and of itself is all well and good, but it has to add to your bottom line.

The Virginia Department of Transportation Staunton District is hosting a series of small business fairs in April and May to show local vendors how they can work with VDOT and other state agencies.

It was with great disappointment that I read your February 5 piece attacking Rep. Bob Goodlatte and his leadership in Congress on such a key issue as the corn ethanol mandate, commonly referred to as the Renewable Fuels Standard (RFS). 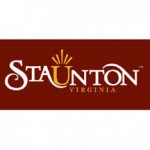 Thanks to a $90,000 grant, local small businesses will soon have an opportunity to participate in workshops that could help them increase net gains and achieve added value along the rural supply chain.

Today, small business owners are in a race against more than simply the pursuit of their own dreams, or growth goals, or long-term visions for their companies.

The U.S. Senate is expected to move forward with legislation that cleared the House of Representatives last week for retroactive tax extenders.

Whether shopping at the mall, at a local small business, or online, 2014 holiday sales nationwide are forecast to reach approximately $616.9 billion dollars.

Governor Terry McAuliffe at last week’s Virginia Economic Summit announced the City of Staunton as one of the first three communities that will each receive up to $100,000 for small business development.