Due to Senate inaction, Congress was forced at the last minute to take steps to fund the government through the current fiscal year, which ends on September 30, 2015.

Surfing the wave, Republicans increased their majority in the House. But if you think this marks the beginning of the end of Obamacare, think again.

Today, U.S. Senator Tim Kaine released the following statement after the Senate passed a short-term continuing resolution to fund the government through December 11, 2014 by a vote of 78-22.

You knew this already, but the special session that Republican leaders in the Virginia General Assembly called for Sept. 16-17 to discuss Medicaid expansion is going absolutely nowhere.

A new National Park Service (NPS) report shows that 1.14 million visitors to Shenandoah National Park in 2013 spent $72.4 million in communities near the park. That spending supported 889 jobs in the local area.

Virginia State Police responded to a fatal crash in the southbound lanes of Interstate 81 near the 220 mile marker in Augusta County, Wednesday (June 11).

Republicans in the Virginia House of Delegates holding off the inevitable deal on Medicaid expansion need to declare whatever victory they can and get moving toward setting a state budget for 2014-2016.

Virginia is still without a budget for the coming fiscal year, Democrats and Republicans are no closer to an agreement on Medicaid expansion, but there may be some impetus for change coming from the hinterlands.

I continue to believe last October’s federal government shutdown was an affront to the taxpayers and our federal workforce, and it represented a self-inflicted wound that caused additional damage to our fragile economic recovery.

In a speech on the floor of the House of Delegates recently I spoke of experiences I had in my first years as a member when others in the House smoked during the daily floor sessions. One member was notorious for lighting up a long cigar. A cloud of smoke hung over the House chamber …

There are a lot of citizens depending on the state to pass a budget before the July 1 deadline. House Republican Leadership has called for a special session after we pass the budget to debate the issues of ObamaCare’s Medicaid expansion on its merits.

As Congress approaches another deadline on the federal budget, a new Environment Virginia analysis, entitled Death by a Thousand Cuts, exposes the challenges facing Virginia’s most-visited park, Shenandoah National Park, as a result of mounting funding cuts to the National Park Service.

AAA: Best and Worst in Transportation 2013

New Year’s Day is almost here, and it’s a good time to look back upon the best and worst in transportation in our area during 2013. So it is time to rank and rant as we ponder the milestones and frown upon the millstones in transportation in Virginia, Maryland and the District of Columbia during the year that was 2013.

Chris Graham: Did the GOP blow the Virginia election? Let me count the ways

Terry McAuliffe outspent his Republican gubernatorial opponent by more than $17 million, and won the election by two and a half points. So, yeah, this one was the Virginia GOP’s race to win. Don’t let them sell you now on the idea that they pulled off some miracle in just losing by 55,000 votes after being down by double digits in the polls last week.

Polls show Virginia voters didn’t like the 16-day federal government shutdown, and that the bulk of those voters blame Republicans for the shutdown. A new Democratic Party of Virginia TV ad, “Happy With It,” will remind voters on Election Day that Republican governor nominee Ken Cuccinelli was, well, happy with it.

U.S. Sen. Tim Kaine called on his colleagues on the bipartisan Budget Conference Committee to “surprise the cynics” to compromise and agree on a federal budget for 2013-2014. Senate colleague Mark Warner said at the body’s first meeting on Wednesday that he wants to end the recent fiscal practice of lurching from crisis to crisis.

President Barack Obama defended the rollout of the Affordable Care Act at an event in Boston on Wednesday with Massachusetts Gov. Deval Patrick. Massachusetts has a similar state health-care system as what is being implemented at the federal level. Former Massachusetts Gov. Mitt Romney, a Republican, was the architect of the system, signed it into law in 2006.

The Terry McAuliffe gubernatorial campaign is touting its door-to-door efforts. According to the campaign, McAuliffe volunteers have knocked on more than 1.5 million doors in the 2013 election cycle.

How much did the 16-day partial government shutdown cost the U.S. economy? Sen. Mark Warner thinks we need to know.

The Democratic Party is in disarray over the ObamaCare rollout, and Terry McAuliffe is going to have to answer for his continued support of the Affordable Care Act.

A new Quinnipiac University poll has the Virginia governor’s race basically where it was two weeks ago. Democrat Terry McAuliffe leads Republican Ken Cuccinelli by a 46 percent-to-39 percent margin. Libertarian Robert Sarvis is at 10 percent in the poll. 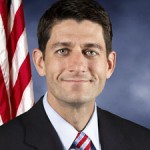 A new Rasmussen Reports survey of Virginia voters has Democrat Terry McAuliffe with a commanding 17-point lead over Republican Ken Cuccinelli in the Virginia governor’s race.

Analysis: Any fireworks in the final Virginia governor’s debate?

Might Ken Cuccinelli have an October surprise for Terry McAuliffe? Can McAuliffe stay on-script and avoid being off-the-cuff this one last time?

The Virginia Department of Agriculture and Consumer Services announced today the start of distribution of USDA Conservation Reserve Program (CRP) annual rental payments to participants across the country.

McAuliffe pounces on Cuccinelli equivocation on end to shutdown

Republican gubernatorial nominee Ken Cuccinelli isn’t sure whether he would have voted to end the federal government shutdown. Democratic rival Terry McAuliffe is incredulous that Cuccinelli can equivocate on the end to the shutdown.

Shenandoah National Park and the Blue Ridge Parkway both re-opened to visitors Thursday with the end to the federal government shutdown.

A new NBC4/Marist poll has Democrat Terry McAuliffe up eight points on Republican Ken Cuccinelli in the Virginia governor’s race.

Bob McDonnell, liberated from having to be careful about what he says because his political career is winding down post-scandal, offered choice words for lawmakers in Washington at the end to the inane 16-day government shutdown.

The House voted 285-144 late Wednesday to pass the Senate budget compromise. President Barack Obama signaled that he would sign the legislation, which also includes an increase in the federal debt ceiling.

The Republican brand has taken a huge hit. The Senate, in play in the 2014 cycle, now seems a stretch. The House, safe in 2010 and 2012 due to state-level gerrymandering, is now in play for Democrats, in the lead big-time in generic congressional polling.

The aims of Republicans to take over the Senate in 2014 have taken a serious hit with the ongoing government shutdown, according to new Public Policy Polling surveys in six battleground states.

In their efforts to defund the Affordable Care Act, aka Obamacare, the Republican leadership in the House of Representatives also demanded a $29 billion tax break for one of the country’s more profitable industries, medical device-makers.

Will Congress learn its budget lessons?

Will Congress ever get its act together? That question is likely on the minds of many Americans, but the latest impasse should actually serve as a reminder that we need to redouble our efforts to make sure Congress focuses on the right priorities and moves the country forward.

Kaine statement on continued push from House GOP for shutdown

Good for you for standing your ground. I hope you’ve noticed how useful, for the overall political picture, it has been for you to hold firm and leave this Republican Party exposed as the reckless, anti-democratic, warlike force it has become.

Ken Plum: The shutdown and the battle to insure everyone

Nearly half of Virginia voters label Ken Cuccinelli “too conservative,” one possible reason the Republican is trailing big in the Virginia governor’s race.

Speaking on the steps of the U.S. Capitol, U.S. Sens. Mark Warner and Tim Kaine highlighted the ongoing negative impact of the government shutdown in Virginia, and again urged House Republican leaders to re-open government, pay the nation’s bills on time and negotiate on a long term budget.

Chris Graham: Negotiate, or else

We’ve got your daughter. We don’t want anything bad to happen. But you want to negotiate, we’re ready to negotiate. Isn’t that what it feels like Republicans are doing in this increasingly insane government shutdown fiasco?