Tim Kaine: Progress against sexual assaults in the military, but work still to be done

Senator Tim Kaine, a member of the Senate Armed Services Committee and Subcommittee on Personnel, noted the important steps that have been taken towards eliminating sexual assault within the military.

Virginia Democratic Senator Mark Warner and Republican challenger Ed Gillespie will debate tonight at 7 p.m. EDT. The candidates will meet at the WCVE PBS TV studios in Richmond, VA. The debate is co-produced by WCVE PBS and WTVR CBS 6, and co-sponsored by the League of Women Voters of Virginia and AARP Virginia.

The campaign of Senator Mark Warner today launched a new ad, “Problem Solver”, which highlights his proven record of working across party lines to do what’s best for Virginia.

Today, the re-election campaign of U.S. Sen. Mark Warner announced that a majority of sheriffs in Virginia have endorsed his re-election bid. 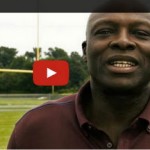 Today, U.S. Senator Mark Warner will kick off the Tackling Student Debt Tour, where he will meet with students on college campuses to discuss his efforts to work across the aisle to make a college degree more affordable by finding bipartisan solutions to tackle the student debt crisis.