Governor Terry McAuliffe and officials from his administration departed for a marketing mission to San Francisco to attend RSA Conference 2016.

The Richmond Flying Squirrels, Double-A affiliate of the San Francisco Giants, announced that Giants starting pitcher Matt Cain will make a rehabilitation start for the Squirrels at The Diamond on Tuesday, June 9th against the Portland Sea Dogs.

The Virginia Department of Agriculture and Consumer Services (VDACS) is hosting a Virginia Pavilion at the Winter Fancy Food Show, January 11-13, 2015, at the Moscone Center in San Francisco, California.

The 2014 World Series Champion San Francisco Giants have announced the 2015 Field Staff for their Double-A affiliate, the Richmond Flying Squirrels. Taking control as the new Manager is Jose Alguacil, replacing Russ Morman after a successful campaign for the Squirrels last year.

Washington Redskins coach Jay Gruden talks with reporters on Monday. The Redskins (3-8) play at the Indianapolis Colts (7-4) on Sunday.

Washington Redskins coach Jay Gruden talks with reporters on Friday. The Redskins (3-7) play at the San Francisco 49ers (6-4) in NFL action on Sunday at 4:25 p.m.

Washington Redskins quarterback Robert Griffin III talks with the media on Wednesday. The Redskins (3-7) play at the San Francisco 49ers (6-4) on Sunday at 4:25 p.m.

Not sure why UVA schedules South Carolina State

South Carolina State might have felt like John Paul Jones was home, considering, The Bulldogs opened the 2014-2015 season on the Left Coast with big losses at Pac-12 member Washington and then at San Francisco.

The Richmond Flying Squirrels, Double-A affiliate of the San Francisco Giants, are pleased to announce a three-year extension to their partnership with IHeartMedia, Inc.

The Richmond Flying Squirrels, in conjunction with their parent affiliate, the San Francisco Giants, have announced a two-year extension to the player development contract (PDC) between the two organizations.

Where are some good eco-travel destinations right here in the continental U.S. that I can consider for a family vacation?

The San Francisco Giants have announced that they have purchased the contracts of INF Matt Duffy and OF Jarrett Parker. The two will join the team in Flushing, NY, for their series against the New York Mets.

The Richmond Flying Squirrels, Double-A affiliate of the San Francisco Giants are pleased to announce that Washington Redskins offensive lineman and Richmond native Morgan Moses will throw out the first pitch before the Squirrels game on Tuesday, July 28 at The Diamond. 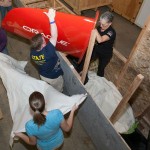 The Mariners’ Museum has received a donation of key components from the 2013 America’s Cup-winning Oracle Team USA catamaran.

The Washington Redskins announced today that they have signed college free agent wide receiver Jerry Rice Jr. Terms of the deal were not disclosed.

Governor Terry McAuliffe announced today that Virginia has been selected to participate in a pilot project to help school divisions lower the cost of high-speed Internet access and increase digital learning opportunities for students.

Final tally: ACC has 42 players chosen In the 2014 NFL Draft

The Atlantic Coast Conference had a total of 42 players selected in the 2014 National Football League Draft , including 27 ACC players drafted on Saturday at the Radio City Music Hall in New York City.

The ACC had 10 players selected on the second day in the second and third rounds of the 2014 National Football League Draft Friday night at the Radio City Music Hall in New York City.

The Richmond Flying Squirrels, Double-A affiliate of the San Francisco Giants, have announce two changes to the 2014 promotional calendar.

Local baseball standouts Brian Bocock and Daniel Bowman will be in major league camps in spring training trying to land spots in The Show.

Video: We’ve seen Ahmad Brooks do this before

San Francisco 49ers linebacker Ahmad Brooks made this leap of faith in the Niners’ 23-10 win over the Carolina Panthers in the NFC Divisional Playoffs on Sunday. It seemed like we’d seen Brooks do this before, and we had. This clip is from the 2004 Virginia-Virginia Tech game, and shows Brooks leaping over the line to sack Tech QB Bryan Randall.

The Virginia Department of Agriculture and Consumer Services (VDACS) is hosting a Virginia Pavilion at the Winter Fancy Food Show, Jan. 19-21, at the Moscone Center in San Francisco.

Four down, seven more to go, as the 2014 Super Bowl Tournament shifts from the Wild Card to Divisional Round. Four teams rested this weekend, and enjoy home-field advantage next weekend. How much of a difference does the rest and home cookin’ make?

The San Francisco Giants have announced the 2014 field staff for their Double-A affiliate, the Richmond Flying Squirrels. Russ Morman, who previously served as hitting coach in Richmond, will take over as manager. He will become the third manager in Richmond franchise history (Andy Skeels, Dave Machemer).

We are all familiar by now with “urban sprawl”—the uncontrolled spread of urban development into areas beyond the city. But environmentalists warn that the next frontier in sprawl is ocean sprawl, where the proliferation of fishing, shipping, tourism, resource extraction, energy development, military exercises and other human activity has begun to call into question just how vast our oceans really are.

NFL playoff field set: Who’s in, and who will advance?

Waste is an issue for all retail operations, given the need to take in and unpack large numbers of individual items and then display and package them up in a way that customers will appreciate.