Months after same-sex relationships were recognized as constitutionally protected by a Supreme Court decision, county clerk Kim Davis is refusing to do her job.

In a jam-packed news segment, Chris Graham talks the Supreme Court ruling on same-sex marriage, the latest on the Confederate flag debate, the Jesse Matthews murder case, and the 2015 College World Series. 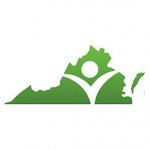 Virginia Organizing Chairperson Sandra A. Cook issued the following statement on behalf of the organization after the U.S. Supreme Court’s ruling on marriage equality today.

James Parrish, executive director, Equality Virginia, offered the following comment in response to the June 26 Supreme Court ruling that under the Fourteenth Amendment states are required to issue marriage licenses between two people of the same sex.

U.S. Sen. Mark Warner (D-VA) released the following statement after the U.S. Supreme Court issued a decision inObergefell v. Hodges ruling that every American has an equal right to marry, regardless of sexual orientation.

Governor Terry McAuliffe released the following statement today after the U.S. Supreme Court ruled that marriage is a fundamental right that the Constitution grants to same-sex couples.

In a landmark 5-4 decision today in the case of Obergefell v. Hodges, the United States Supreme Court affirmed marriage equality for all 50 states. Virginia Attorney General Mark Herring – the first attorney general in the nation to challenge his own state’s ban in federal court and win at the district and appeals court levels – filed an amicus brief in the case.

In an afternoon meeting Tuesday, Republicans on the Senate Committee on Privileges & Elections defeated a resolution to formally repeal the Marshall-Newman ban on same-sex marriage (SJ 214), which was ruled unconstitutional last year in federal court.

Republican Del. Bob Marshall today requested an official opinion from Attorney General Mark Herring on the constitutitionality of Virginia’s bigamy laws in light of the decision of the U.S. Supreme Court not to hear Virginia’s Marriage Amendment case.

Libertarian U.S. Senate candidate Robert Sarvis made the following statement following the announcement Monday by the United State Supreme Court that it would not review pending decisions by lower courts regarding same-sex marriage.

The Supreme Court of the United States on Monday denied review in all of the freedom to marry cases pending before it. As a result of the Court’s action, same-sex couples in Virginia will now be able to marry the partners they love and married same sex-couples will be able to have their marriages recognized in Virginia.

Today, U.S. Senator Tim Kaine released the following statement on the Supreme Court’s decision not to review same-sex marriage cases in Virginia and four other states, clearing the way for same-sex marriages to begin taking place in the Commonwealth.