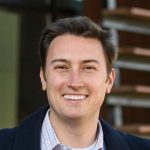 Fifth District candidate RD Huffstetler is calling for an independent commission to investigate President Trump and his ties to Russia.

Chris Graham talks about his pending endorsement in the 2017 Democratic Party governor’s race, Trump and Russia, and VMI baseball.

Is there more to the investigation into Russia’s efforts to influence the 2016 election than what meets the eye? Mark Warner seems to think so.

Syria missile attack: Is this whole thing a work?

In case you hadn’t made the connection that the Syria airstrikes mean the Trump team isn’t in league with Russia, Eric Trump laid it all out.

Tim Kaine on Russia investigation: ‘I can tell you, this is not fake’

When did Tim Kaine have an inkling that something funny was going on in the 2016 election?

The resignation of National Security Advisor Michael Flynn leaves many wondering what the future holds for U.S.-Russia relations.

U.S. Sen. Mark R. Warner issued a statement on the Obama administration’s announcement that it will impose additional sanctions on Russia.

Chris Christie would shoot down Russian planes in Syria!

New Jersey Gov. Chris Christie is banking his campaign on selling himself as the national security guy.

Virginia Commonwealth University professor George Munro, Ph.D., has received a Fulbright U.S. Scholar grant – his third – to travel to Russia to study the history of a small mining town that was once populated primarily by Soviet Union exiles.

David Swanson: The Russian military asked me to publish its propaganda

On Friday, March 20th, I spoke at the University of the District of Columbia Law School in Washington, D.C., as part of a series of teach-ins about peace organized by SpringRising.org. While there, a young man in a suit with a Russian accent approached me.

Much of the news coming out of Russia is focused on its capital, Moscow. The University of Virginia is hosting an international conference later this month that will look beyond the center of power to Russia’s vast regions.

You hear the words War and Peace, and you’re likely to think: long, too long. The classic Russian novel, by Leo Tolstoy, is long, at 1,500 pages, divided into 365 chapters.

What began as a small family effort for one Virginia Tech student has now grown into a multi-campus outreach program.