There are two of many ways to look at the first year of UVA football recruiting under new coach Bronco Mendenhall.

Win or lose: Change is coming after UVA, Virginia Tech meet on Friday

Inside the Newsroom: Drowsy driving, politics and bad football 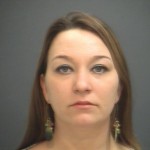 The Waynesboro Police Department has charged an Augusta County woman for posting a nude image of another woman on Facebook. Rachel Lynn Craig, 28 years old, faces one misdemeanor count of maliciously disseminating a videographic or still image of another person.

Didn’t expect much news on the UVA football front with the ‘Hoos off this week, but there was news of a sort: Virginia now sits atop the ACC Coastal Division standings by virtue of Duke’s 31-25 win at Georgia Tech Saturday afternoon.

Augusta Free Press editor Chris Graham talks politics on WREL-1450AM in Lexington, Virginia, with morning-show host Jim Bresnahan. The topics covered this week include the ongoing corruption trial of former Virginia Gov. Bob McDonnell and the news that U.S. Sen. Mark Warner has agreed to a series of joint appearances and debates with his two re-election rivals.

We’re driving through Altavista this week on our way back from Greensboro, and it hits me. The anxiety medicine that I take when traveling, that is.

UVA football coach Mike London talks with members of the news media at the 2014 ACC Football Kickoff in Greensboro, N.C.

The Maryland Terrapins and Virginia Cavaliers face off for one last time tonight on the diamond. The winner of this game heads to Omaha to represent the ACC in the 2014 College World Series. Who will win?

The Kiss Seen ‘Round the World: Michael Sam opens our eyes

A group of codgers at the local Starbucks was discussing the Michael Sam kiss seen ‘round the world today, and it was clear that they didn’t like what they saw. The general theme: Did they really need to show us that?

The Salem Red Sox are excited to share their plans for Tuesday, May 20, which will mark the 75th anniversary of the first ever game played in Salem. On that evening, with the Winston-Salem Dash in town, the Red Sox will host “Turn Back the Clock” Night, featuring numerous special deals and promotions.

Chris Graham: Mike London stocks the cupboard for his successor

Apologists for embattled UVa. football coach Mike London begin their defense of the Cavs’ awful 2-10 2013 season by pointing out how young the team was this year – with just seven seniors seeing action. The notion advanced along with this defense is that London’s first three recruiting classes, all in or around the Rivals Top 25, will get better with age.