Compromise: A dirty word with the modern Republican Party

Never has “compromise” been treated as such a dirty word as by today’s Republican Party. Never has a party been less interested in working together to do the people’s business.

The No. 15-ranked UVA men’s soccer team opened ACC play with a 1-0 victory over Virginia Tech Friday evening in front of 5,430 fans in a Commonwealth Clash match at Klöckner Stadium.

When you’re nWo, you’re nWo for life. Sure, we get it. Time to move on was 15 years ago, but it looks like we’re going to get yet another reunion at this week’s WWE Monday Night Raw, which ostensibly is the go-home show to SummerSlam, but is going to be as much Hulk Hogan birthday bash as what it should be.

Secretariat descendants to descend on The Meadow for show

The Meadow Descendants Gathering at the new Thoroughbred Heritage Horse Show will bring together 51 horses that are related to Secretariat or other Meadow Stable champions. 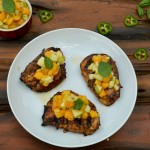 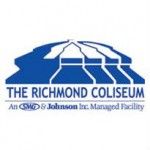 Ever wanted to write a WWE TV show? Study this script

A fascinating read posted to imgur.com: an apparently real script for this week’s WWE Monday Night Raw. If you’ve ever thought you could do what they do in terms of writing a script for a big-time wrestling show, you’ll want to study this script.

The return of Southern Conference league play for the first time in 12 years highlights the 2014 VMI football schedule. VMI will play its first home SoCon game in Lexington against Mercer on Sept. 27.