UVA sociologist: ‘Faith is a family-friendly force’ for African-Americans, Latinos

The University of Virginia is at the heart of a global network of academics, politicians and activists urgently working to stop the spread of religion-related violence.

Cell phones are this generation’s cigarette. That was one analysis provided by Jerry Holsopple and Linford Stutzman to students participating in an October Living and Learning Forum at Eastern Mennonite University. Holsopple, a visual and communication arts professor, and Stutzman, professor in the Bible and religion department, teamed up to talk about “selfie culture” and the potential side-effects of this social phenomenon.

Fans of the 2010 Laura Hillenbrand best-seller Unbroken won’t be disappointed with Angelina Jolie’s film adaptation, not until the final credits begin to roll, and they realize that a rather important part of the story was left on the cutting-room floor.

A three-judge panel of the U.S. Court of Appeals for the Fourth Circuit today unanimously dismissed Pittsylvania County’s appeal from a lower court order prohibiting the Board of Supervisors from opening its meetings with Christian prayers offered by Board members.

UVA study identifies why re-educating torturers may not work

A recent study of torture by Rachel Wahl, an assistant professor of social foundations of education at the UVA Curry School of Education, was published this month in the journal Law & Society Review.

Compromise: A dirty word with the modern Republican Party

Never has “compromise” been treated as such a dirty word as by today’s Republican Party. Never has a party been less interested in working together to do the people’s business.

The imbalance in intensity in the political battle raging in America is largely due to the deficiency of moral and spiritual passion in Liberal America,

One important reason is that the battle playing out in our politics is fundamentally a moral and spiritual battle, and while the right is connected to their moral and spiritual passions (even though that connection has been made on the basis of lies) Liberal America is not. 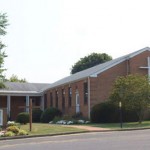 “Back to Church Sunday,” part of a national movement of churches across America, will be held at Cherryvale United Methodist Church in Staunton, Virginia at 9:15 am on Sunday, Sept. 21.

Book-signing on Saturday, September 6, 2-4 p.m., at Bookworks in Staunton with author Paul Klein, whose latest book is Unusual Suspects: Four Stories of Suspicion, Suspense and Murder.

We’re driving through Altavista this week on our way back from Greensboro, and it hits me. The anxiety medicine that I take when traveling, that is.