Recent U.S. Census Bureau data show reductions in the poverty rate and increases in household median income, but that’s not the whole story.

This fall, Shenandoah University’s School of Education and Human Development, in partnership with the Virginia Association of Supervision and Curriculum Development (VASCD), will a conference on poverty for K-12 teachers, education leaders and others interested in issues related to education in Virginia.

The policy gulf between the development and environmental communities might not at first seem obvious but occasionally our interests travel on different trajectories. The compelling need to provide energy to the estimated 1.2 billion people who do not have access to electricity crashes into the reality of the climate change consequences of providing that energy from coal and fossil fuels.

Tim Kaine comments on a grant that will allow Virginia to increase the number of children served in state-funded preschool programs by 17 percent.

Last week, Bob Brink, a former colleague of mine who represented Arlington-McLean in the House of Delegates and who was appointed by Governor Terry McAuliffe to be Deputy Commissioner for Aging Services, spoke to the Northern Virginia Aging Network’s (NVAN) annual legislative summit.

Beyond Night Out: Fundraising dinner for Our Community Place

Our Community Place in Harrisonburg invites you to join in a “Night Out!”—a delicious four-course meal prepared by our Special Guest, Chef Praserth, of Beyond Restaurant.

Virginians are part of the educational solution

The best government response to the “inversion” of Burger King with Canada’s Tim Hortons Inc. for the purpose of avoiding US taxes is the opposite of what you might think. Rather than club Burger King over the head with yet more tax avoidance rules, don’t tax Burger King – or its ilk – at all.

Since 1990 the Annie E. Casey Foundation has ranked states annually on overall child well-being in a report called Kids Count Data Book. The Foundation’s report is viewed as the authoritative source of information on how we are doing nationally as well as state by state for our children.

Second Saturday Night Out! at Our Community Place

Our Community Place in Harrisonburg, Virginia invites you to join in a “Night Out!”—a delicious four-course meal prepared by our special Guest Chefs, and local favorite, XENIA: A Kabob Grille, Saturday, June 14, 5-8 p.m.

Today, as Chairman of the Medicaid Innovation & Reform Commission (MIRC) and as Chairman of the Senate Finance-Health & Human Resources Subcommittee, I am offering a proposal intended to serve as the basis for a compromise between the House, the Senate, and the Administration regarding Medicaid.

U.S. Sen. Tim Kaine released the following statement after the Senate failed to advance legislation that would raise the minimum wage.

On Wednesday this week, the United States Senate will hold a vote to raise the minimum wage, currently at $7.25 an hour, by 95 cents a year for the next three years. It will become $10.10 an hour in 2016.

Emeritus at Staunton continues its fight against poor nutrition for seniors

For the second year in row, Emeritus at Staunton is seeking to help combat senior malnutrition by joining in Emeritus’ nationwide effort to deliver more than 10,000 meals to seniors across America in the next 60 days in honor of National Food Month.

Luz Vega-Marquis: A living wage is an equal voice

Although the terms “minimum wage” and “living wage” are sometimes used interchangeably, their meanings are quite different. A minimum wage is the lowest a business can legally pay. A living wage is what its workers need to meet their families’ basic needs – to stave off the choice between a gallon of gas and a gallon of milk.

The Atlantic Coast Conference continued its participation in the World Vision’s “Gifts-in-Kind” Program, which allows the league to donate its runner-up ACC championship gear to those in need in developing countries. Gear from both the ACC Women’s and Men’s Basketball Tournaments was donated.

Our starting pay for sales associates is $10. We know that gradually raising the minimum wage from $7.25 to $10.10 an hour makes good business sense.

New research from the University of Virginia School of Medicine has revealed the dramatic effect the immune system has on the brain development of young children. 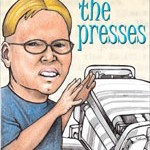 Newt Gingrich thinks John Kerry should resign after telling a conference in Indonesia on Sunday that global warming is “perhaps the world’s most fearsome weapon of mass destruction.”

Restore Access UVa.: Thanks to University for boosting program

On behalf of the Restore AccessUVA Campaign, we would like to express our immense gratitude to the University of Virginia (U.Va.) board member and alumnus John Griffin for his generous $4 million dollar challenge donation toward AccessUVa.

Michael Petit: Urge Congress to vote no on cuts to food assistance

Members of Congress have announced a deal on the “Farm Bill” and it just passed the House by a 251-166 margin. It will now move to the Senate. 103 Democrats voted against the Farm Bill on concerns that cuts to the food stamp program were draconian. And they’re right.

Our Community Place marks Second Saturday Night Out! in January

Our Community Place in Harrisonburg invites you to join in a “Night Out!”—a delicious four-course meal prepared by our special Guest Chefs, and local favorites, Clementine Café, Hank’s Smokehouse, and Thunderbird Cafe.

The Our Community Christmas Concert is set for Tuesday, Dec. 3, at Park View Mennonite Church, 1600 College Ave., in Harrisonburg. Special chef-prepared desserts will be served with other refreshments starting at 6pm; live musical performance begins at 7pm.

Our Community Place in Harrisonburg invites you to join in a “Night Out!”—a delicious four-course meal prepared by our special Guest Chefs, JMU’s PCMA.

Holly Sklar: Minimum wage back to 1950 level on 75th anniversary

The minimum wage has put a floor under workers’ wages since taking effect 75 years ago on October 24, 1938. But at $7.25 an hour, today’s federal minimum wage is the same as it was in 1950, after adjusting for inflation.

Essential oils are more popular than ever for medicinal and therapeutic purposes as well as in fragrances and flavorings for food and drinks.

U.S. Sen. Tim Kaine submitted the following comments to Virginia’s Medicaid Innovation and Reform Commission in response to its request for public input on the decision of whether or not to expand Medicaid in Virginia.