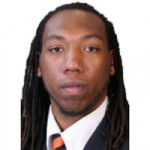 Virginia football coach Mike London announced today that quarterback Phillip Sims is ineligible and and will no longer be enrolled at the University after completion of his current summer school session.

Michael Rocco’s third fumbled snap in three games pushed UVa. head coach Mike London. “At that point in time, right after the mucked snap, I just wanted him to get on the sideline and look at the game a little bit,” said London, explaining his decision to sit his starting quarterback for two series spanning the end of the third quarter and start of the fourth quarter Saturday at home against Penn State.

Phillip Sims: Ready for what’s next

The knock on Phillip Sims heading into the 2012 football season was that the ballyhooed Alabama transfer and former top QB recruit in the nation just hadn’t had time to get the UVa. offense down pat. It was just one drive at the end of a 43-19 blowout win over a I-AA team, but what a drive it was.

Michael Rocco will get the ball as the starting quarterback at Virginia, winning a tough three-man battle with Alabama transfer Phillip Sims and last year’s backup, David Watford

The NCAA informed the University of Virginia on Wednesday that sophomore quarterback Phillip Sims has been granted a waiver and will be eligible to compete on the Cavalier football team this fall. He will not be required to sit out one season per the NCAA’s bylaws regarding undergraduate transfers