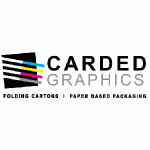 Carded Graphics in Staunton to announce manufacturing expansion ahead of schedule

Carded Graphics, one of America’s leading manufacturers of paperboard packaging, will announce faster than expected company growth at an expansion dedication ceremony for new investment and job creation at the company’s Staunton facility.