David Swanson: Cities of the world, unite against nations’ wars

What if the worst result of George W. Bush’s war lies is that people stop taking seriously the danger of nuclear weapons falling into the hands of lunatics?

CIA tried to give Iraq nuclear plans, just like Iran

If you’ve followed the trials of James Risen and Jeffrey Sterling, or read Risen’s book State of War, you are aware that the CIA gave Iran blueprints and a diagram and a parts list for the key component of a nuclear bomb.

2015’s opening offers an appropriate time to examine high technology and its development of weapons of mass destruction and other threats to the Earth.

The Commonwealth of Virginia received the highest overall rating among states nationwide for the 2014 National Health Security Preparedness Index.

Attorney General Mark Herring has outlined to the EPA an evaluation approach that considers economic, health, and environmental benefits alongside implementation costs.

The Dark Side of Political Life: Five ways to promote civil discourse

Do we have to continue with “I’m okay and you’re an idiot” in our political life? The short answer is no, but getting there will not be easy.

Today at a press conference in Richmond, Governor Terry McAuliffe announced the savings actions he will execute to eliminate the revenue shortfall in the Virginia budget for Fiscal Year 2015.

The siege of the Middle East by radical Muslims has become a protracted spectacle of carnage, presented nightly on television with disturbing photographs and videos, highlighting savage murder by demented and corrupt terrorists.

Protecting the American people from threats against the nation is the highest priority of the federal government. 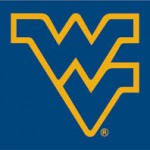 Dr. Russell De Young, a senior research scientist in the Science Directorate of NASA Langley Research Center in Hampton, Va., will speak on “NASA Advances in Understanding the Solar System,” at 7:30 p.m. Monday, Sept. 8, in Cole Hall at Bridgewater College.