This summer, junior back Loes Stijntjes (Steenokkerzeel, Belgium/Heilig Hartcollege) had the opportunity to volunteer at the 2014 Rabobank Hockey World Cup, hosted in The Netherlands May 31-June 15, 2014.

Six UVA alums are set to compete at the 2014 FISA World Rowing Championships, to be held in Amsterdam, The Netherlands, Aug. 24-31. 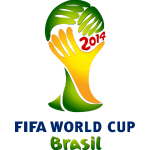 Virginia National Bank is proud to present select 2014 World Cup games on the Big Screen at The Paramount in Charlottesville.

We have had several thought-provoking conversations recently about a new and surprising description of women’s status in America. According to the latest Shriver Report, A Woman’s Nation Pushes Back from the Brink, a study by journalist Maria Shriver and the Washington think tank Center for American Progress, American women are at risk of “backsliding” from their achievements in rights and opportunities over the past half-century.