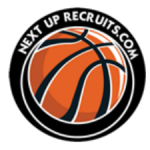 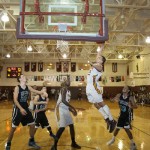 Several of the nation’s top postgrad and prep basketball teams will be in Waynesboro this weekend for the Best Western Plus Wayneboro Caisson Shootout.

Fishburne broke open a close game with a 12-2 run to end the first half and held off a pesky Fork Union squad 85-74 in the final game of the Virginia Military Postgrad Basketball Challenge Saturday night. Earlier on Saturday, St. John’s Northwestern Military Academy knocked off Massanutten Military Academy by a 76-67 final. St. […]

Fishburne, MMA get wins on Day 1 of Military Challenge

St. John’s Northwestern Military Academy jumped out to an early seven-point lead over Fishburne Military School and led 46-45 at the half. The difference in the second half of the Caissons’ 97-86 victory  in the opener of the Virginia Military Postgrad Basketball Challenge: defense. “We just made more plays defensively than they did down the […]