Mary Baldwin College transitions to Mary Baldwin University, under which a new academic structure with four colleges is emerging.

Mary Baldwin College and the Heifetz International Music Institute are joining forces on a new campaign called Take Your Seat.

Mary Baldwin College has received a $200,000 grant from the William Randolph Hearst Foundation for the Virginia Women’s Institute for Leadership.

The Staunton Augusta Art Center is collaborating with Mary Baldwin College to present a special set of art classes.

Amy Tillerson-Brown, an associate professor of history at Mary Baldwin College, will speak on “Black Lives Matter: Movement and Misconceptions” on Feb. 9.

Joining the Mary Baldwin student body this spring semester is a cohort of graduate students in the Master of Science in Physician Assistant program.

Founder and Artistic Director Daniel Heifetz brings back to the Staunton stage a “Heifetz Band” of alumni all-stars for a celebration of the season.

You may have heard the rumors of murder, sex, and treason running rampant in Elsinore castle. At Sweet Wag Shakespeare’s Hamlet watch it all unfold first-hand in 60 minutes as Hamlet grapples with the ultimate question “to be or not to be” in a world where anyone with access to the internet can perform their life on a global stage.

After tallying more than 200 contributions from donors throughout the Shenandoah Valley, the Heifetz International Music Institute today announced the successful conclusion of its “Shenandoah Scholarship Campaign,” an unprecedented dollar-for-dollar $100,000 matching-grant challenge designed to bring some of world’s most talented young musicians to study at the acclaimed Institute regardless of their ability to pay.

Mary Baldwin College events on the calendar this month.

Dr. Paul Bogard, an assistant professor of English at James Madison University and author of “The End of Night: Searching for Darkness in an Age of Artificial Light,” will do readings from his book and discuss the issue of light pollution at 7 p.m. Thursday, March 26 at Mary Baldwin College.

Events at Mary Baldwin College for the Jan. 27-Feb. 5 period.

Arts, events, theater and lectures on the calendar of events at Mary Baldwin College in Staunton. 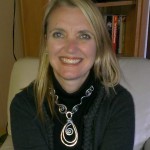 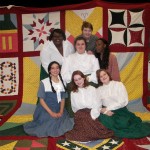 Events on the calendar at Mary Baldwin College in Staunton for the period Sept. 17-Oct. 1.

The busy event calendar at Mary Baldwin College in Staunton, Va., for the period Sept. 11-22.

Highlighting the achievements of the past year and providing a glimpse into the future, Mary Baldwin College President Pamela Fox officially opened the 2014-15 academic year August 27 with the annual State of the College Address. 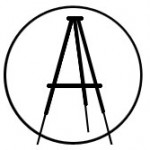 The Shenandoah Valley Art Center, during the month of July, is exhibiting the works of SVAC member artists, in an exhibition judged by Jim Sconyers, Jr., Associate Professor in the Department of Art and Art History, Mary Baldwin College.

The Shenandoah Valley Art Center, during the month of June, is exhibiting the works of SVAC member artists, in an exhibition judged by Jim Sconyers, Jr., Associate Professor in the Department of Art and Art History, Mary Baldwin College.

In 2013, Melissa Wolcott decided she was tired of paying someone to do her taxes. She knew her tax return was simple, and she knew that any of her hard-earned money was too much to spare when a free service was available. She visited the Valley VITA (Volunteer Income Tax Assistance) site at stuarts draft […]

To mark the 50th anniversary of Martin Luther King’s March on Washington, Waynesboro Public Library will offer a series of screenings and scholarly presentations centered on several documentaries with riveting new footage illustrating the history of civil rights in America.

As Mary Baldwin College prepares to open the doors to the Murphy Deming College of Health Sciences in June, it is already announcing plans to expand curricular offerings.

Schedule of upcoming events at the Waynesboro Public Library. 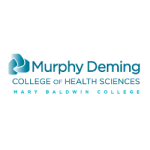 The Murphy Deming College of Health Sciences reached a crucial benchmark this week in pursuit of full accreditation by the internationally recognized Commission on Accreditation in Physical Therapy Education (CAPTE), allowing students to be accepted into Mary Baldwin’s Doctor of Physical Therapy program.

Tickets are now on sale for Blithe Spirit at the Fletcher Collins Jr. Theatre, on the Mary Baldwin College campus.