As of Tuesday, about 7 p.m. or so, Mark Warner was still the Democrat with the magic touch in “real Virginia,” the Harvard-educated lawyer who embraced NASCAR, beloved out this way for getting Virginia Tech Hokies football into the ACC.

September Special at the Waynesboro YMCA!

Who needs videos or magic pills? Join the Waynesboro YMCA in September and get half off your joiners fee, join with a friend and pay no joiners fee, and if you work out actively at the Y for three months, get January 2015 free!

The Richmond Flying Squirrels (75-61) fell to the Altoona Curve (57-79), 3-2, at Peoples Natural Gas Field on Tuesday night. Despite the loss, the Squirrels’ magic number to claim the Western Division dropped to three as Akron also lost to Trenton, 5-0.

The Richmond Flying Squirrels (73-59) took a giant step towards the post-season by blanking the Bowie Baysox (66-65), 3-0, on Friday night at The Diamond.

Shenandoah National Park will be hosting a nine-day celebration of the 50th anniversary of the Wilderness Act from Saturday, August 30 through Sunday, September 7, 2014.

The Portland Sea Dogs (77-50) came out on top of the Richmond Flying Squirrels (70-56), 1-0, in a pitcher’s duel that took 10 innings to complete on Saturday night at Hadlock Field.

The Portland Sea Dogs (76-50) defeated the Richmond Flying Squirrels (70-55), 5-1, on Friday night at Hadlock Field. With the loss, and a win by the Bowie Baysox, the Squirrels’ magic number to obtain a post-season berth remains 10 with 17 games to play in the regular season. 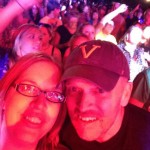 My head is ringing, but that’s me complaining after a helluva night of rock ‘n’ roll at the Rockingham County Fair with Daughtry and the Goo Goo Dolls.

Lynchburg called upon its City Stadium magic again to complete a three-game sweep of the Winston-Salem Dash, as Joe Odom’s single scored Tyler Tewell in the bottom of the ninth to give the Hillcats their 10th walk-off victory of the year, 2-1 at Calvin Falwell Field Sunday night.

She is more than 700 miles from where she was born, raised and spent her entire professional career, but Dr. Yvonne Harris says she feels right at home in her new job at James Madison University in Harrisonburg, Va.

Thanks to the generous support of Jeane Custin and the General Electric Foundation, the restored Wayne Theatre will have its own small performance space.

Chris Graham: You got a problem with me not being fat anymore?

WTA’s Gateway will celebrate the end of its three years with an extravagant evening of performances by some of the Gateway patrons’ favorites.

Central Virginia residents are invited to tour the Battle Building at UVA Children’s Hospital, which will consolidate and streamline UVA’s outpatient pediatric care.

Fresh off the biggest comeback win of the season Sunday afternoon, the Lynchburg Hillcats (32-32) were shut out 5-0 in Myrtle Beach tonight. The Pelicans (42-20) used three pitchers to blank the Hillcats and record their fourth shutout of the year.