Economists are not famed for their romantic insights. But a new study by two University of Virginia economists, Leora Friedberg and Steven Stern, has found quantitative evidence of love.

Governor McAuliffe announced the creation of an LGBT Tourism Task Force that will focus on showcasing Virginia as an LGBT-friendly destination.

Tips for finding best places to leaf peep in Virginia

Mid to late October is designated by the Virginia Department of Forestry as the peak viewing time for leaf peepers to get a front row seat to some of the most colorful scenic drives and weekend getaways in Virginia. 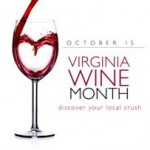 Governor Terry McAuliffe announced that October is Virginia Wine Month, offering visitors a chance to discover that Virginia is a wine destination unlike any other.

My Clean Kitchen blogs on the subjects of love, pulled pork and a talk by local author Marietta McCarty. 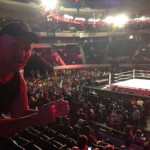