The sale of agricultural products, both nationally and in Virginia, reached a record high in 2012, according to the 2012 Census of Agriculture.

Just before spring came to Virginia, Gov. Terry McAuliffe signed legislation that could mean a new beginning for many Virginia farmers and local food operations.

Some Virginia fast-food restaurants are beginning to advertise the fact that they serve grass-fed beef, and such products are popular at farmers’ markets and local butchers around the state. 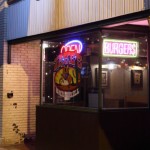 I may be able to buy local stuff easily, but it’s not always the same for restaurants. That’s why I was so happy to see a restaurant like Jake’s Bar and Grill open up in our quaint little downtown.

“How Staunton Can Become the Local Food Capital of the East Coast” presentation by City Councilman Erik Curren followed by discussion. Free and Open to the Public. Refreshments served. Event set for Thursday, Nov. 7 from 7-8:30 pm.

To commemorate the wealth of farm-to-table dining options in the area, Harrisonburg Tourism & Visitor Services worked with Appeal Production to produce a local food video.

Change your life? Really? If you think that food is food is food, that might sound like hype. Does it really matter whether your eggs came from California via a grocery store or from the Shenandoah Valley via a local farmer?

The new year is a time for planning ahead—for both farmers and consumers. For Virginia households that are interested in joining a community-supported agriculture business in 2013, now is the time to register and pay for a share of locally grown foods that will be available later in the year.

Story by Chris Graham freepress2@ntelos.net   It’s not a Democratic solution that’s going to save us, or a Republican solution. Lindsay Curren learned that on the campaign trail last fall when people who wouldn’t even shake her hand when she told them she was campaigning for her husband, Erik, the Democratic nominee in the 20th […]

Special Report by Chris Graham freepress2@ntelos.net    It would seem to stand to reason that the breadbasket of Virginia could probably provide at least something in the way of homegrown food for schoolchildren. And then you think about it for a second, and it occurs to you that, you know, maybe it makes sense that […]