Livestock outlook for 2018 a positive one

The 2018 outlook for the U.S. livestock and poultry sectors is generally positive. There are, however, concerns for both markets as uncertainty looms around trade agreements, said James Robb, director and senior livestock economist for the national Livestock Marketing Information Center.

January’s weather can be frightful; and for Virginia cattlemen, frigid temperatures call for extra precautions for their livestock.

In January the USDA National Agricultural Statistics Service will survey about 920 cattle operations in Virginia to provide an up-to-date measure of cattle inventories.

USDA funds available for fencing livestock out of Virginia streams

Preparing livestock and farms for winter storms before they hit

Farmers need to prepare for power outages, threats to livestock and poultry, and structural or crop damage, that can accompany a strong winter storm.

The Virginia Department of Agriculture and Consumer Services (VDACS) has announced changes to two state animal regulations: the Animal Importation Regulation and the Livestock Markets and Dealers Regulation.

Almost 1,500 Virginia livestock farmers have signed up for state cost-share funding to install conservation practices on their farms.

A circuit court judge in Richmond rejected on July 9 a lawsuit aimed at declaring a cow a fertilizer applicator.

When storms hit, disaster plans help livestock farmers weather the damages. This past February, Wise County cattleman Danny Cantrell lost 13 calves because of 20-plus inches of snow combined with 20-below nighttime temperatures.

Dr. Richard Wilkes, State Veterinarian with the Virginia Department of Agriculture and Consumer Services (VDACS), reminds livestock and poultry owners and show managers that there is the potential for animal disease spread when animals are commingled.

A budget amendment is on the table that would restore the commonwealth’s portion of the state and federal program that helps Virginia livestock producers suffering from coyote depredation.

Virginia representatives will join more than 5,000 Farm Bureau members from across the nation in helping shape policies important to farmers and ranchers Jan. 11-14 at the 2015 American Farm Bureau Federation Annual Convention.

The Natural Resources Conservation Service is partnering with the Virginia Forage and Grassland Council and Virginia Cooperative Extension to make the connection between healthy soils and high-quality proteins for human health in four Winter Forage Conferences January 20-23.

Few agribusinesses or governments regulate the types of plants that farmers use in their pastures to feed their livestock, according to an international team of researchers.

Farm Bureau producer members across Virginia are gearing up to discuss critical issues with state legislators in order to bring them up to speed for the 2015 Virginia General Assembly.

Virginians will be able to feed their families a Thanksgiving meal for less than $5 per person this year, according to an informal price survey conducted by the Virginia Farm Bureau Federation.

Agriculture in the digital age: Yes, there’s an app for that

When you think of farming tools, you may think of tractors, cultivators, combines and other heavy equipment. In today’s digital age, a farmer is just as likely to be using another tool.

Results of a new study of genetically engineered crops eaten by livestock indicate again that GMO feed is safe and nutritionally equivalent to non-GMO feed.

The U.S. EPA decision not to appeal a key federal ruling in favor of West Virginia farmer Lois Alt highlights the cynicism that drives the agency’s water agenda.

Come find out about agroforestry in a day-long workshop focused on two particular practices, riparian buffers and silvopastures. These practices are one way to bring trees back into our farming to work for us, and the land.

Livestock producers that have experienced grazing losses since October 2011 and may be eligible for benefits but have not yet contacted their local Farm Service Agency (FSA) office should do so as soon as possible.

The Virginia Department of Agriculture and Consumer Services has confirmed the first case of Eastern Equine Encephalitis in a horse this year.

The Virginia Veterinary Medical Association (VVMA) has partnered with the Virginia Department of Health (VDH) to sponsor a statewide effort to raise rabies awareness and promote health guidelines to safely vaccinate animals. 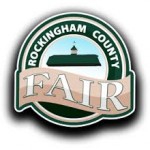 Buildings at Rockingham County Fairgrounds to be renamed

Two of the primary buildings at the Rockingham County Fairgrounds will soon be renamed. Both facilities are iconic structures at the fairgrounds and have been used for more than 3 decades.

State Fair of Virginia competitions: One for every taste or talent

Competitions are a time-honored tradition at fairs across the country, and the State Fair of Virginia is no exception.

An exciting new schedule of equine events promises lots of “horsepower” at the State Fair of Virginia this year.

Farmers and state vet: Antibiotic use in livestock safe, necessary

New livestock pavilion ready for use during State Fair

The brand-new 40,000-square-foot First Bank & Trust Pavilion is ready to house cattle during this year’s State Fair of Virginia, which will open Sept. 26 and run through Oct. 5.

It’s time for the Rockbridge Regional Fair, which makes its annual return to the Virginia Horse Center July 16 – July 19.