Robert Sarvis is rising in the polls, but his improved showing wasn’t enough to earn him a spot in the Oct. 24 governor’s debate being sponsored by WDBJ in Roanoke. 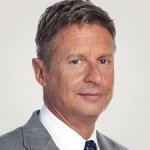 Robert Sarvis has put more than 8,500 miles on his van this summer running for governor. It might be an uphill battle for Sarvis, running as a Libertarian against well-heeled major-party opponents in Ken Cuccinelli and Terry McAuliffe, but for Sarvis, 36, a native of Northern Virginia with degrees from Harvard, Cambridge, NYU and George Mason, it’s one worth fighting.

I attended a candidates’ forum sponsored by four chambers of commerce in the Northern Virginia area. Despite multiple major newspapers calling for my inclusion in debates, I was not invited to participate, and Virginia voters missed an opportunity to have a truly useful forum where real solutions were discussed.

Robert Sarvis, Libertarian nominee for governor of Virginia, vows to “honor the ‘Loving Legacy,’ and lead the fight to recognize same-sex marriage in Virginia.”

If Pennsylvania is indeed becoming a late-charging battleground state, the presence of Libertarian Gary Johnson on the ballot could be a factor in the effort by Republican Mitt Romney to upset Democrat Barack Obama there.

Story by Chris Graham freepress2@ntelos.net It had seemed for a time back in the summer that former Republican congressman Bob Barr might end up playing a spoiler role in the ’08 presidential election by siphoning off a couple of percentage points from the vote total of Republican John McCain in what had been expected to […]

Item by Chris Graham freepress2@ntelos.net Former Republican congressman Bob Barr is the Libertarian Party’s nominee to run for president. Charlottesville-area Libertarians are excited with the choice. “Unlike the Democrats and Republicans, whose conventions are nothing more than coronations, our convention was full of suspense and drama. No one knew who was going to win going […]