The Libertarian Party is raising issue with the Commission on Presidential Debates for its decision to exclude Gary Johnson from the second presidential debate.

Libertarian Party to Democrats: It’s cruel to be kind

Elizabeth Warren, Cory Booker, Bernie Sanders, and other speakers at the Democratic National Convention are espousing the virtue of love,

Jason Farrell: Why Libertarians are failing at politics

Jerry Taylor of the Niskanen Center dropped a truth bomb on the beltway in his recent piece for Fox News about the decline of Rand Paul. Taylor notes that the alleged growth of the libertarian movement in the wake of the Ron Paul campaign was largely illusory.

The recent appalling incident that left UVA honor student Martese Johnson bloodied and arrested is yet another example of the apparent increase of excessive force used by police across the country.

Will Hammer has announced that he is running against Dickie Bell for the Virginia House of Delegates 20th District seat this year.

The current situation with ISIL is a direct result of our flawed interventionist foreign policy created and supported by nearly every member of the United States Congress. 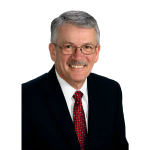 Robert Sarvis tells Dems, Republicans alike how it is

Robert Sarvis ran for governor in Virginia as the Libertarian Party nominee in 2013, and despite barely registering a peep in the discourse of the campaign with all the attention on Democrat Terry McAuliffe and Republican Ken Cuccinelli, he still received 6.5 percent of the statewide vote.

Roanoke native and political activist Caleb Coulter has resigned his position with the Republican Party in order to work as full-time campaign manager for the Libertarian Party candidate for U.S. Senate, Robert Sarvis.

Alleging that Virginia’s signature and ballot placement election laws favor major party candidates for political office, while discriminating against minor party and independent candidates, The Rutherford Institute has filed a First Amendment lawsuit in federal district court against the State Board of Elections (SBE).

Even as Republicans and Democrats are suffering sharp declines in voters who identify with them, the Libertarian Party is gearing up for their biennial national convention to build on record growth in the last two years.

Chris Graham: Whither Robert Sarvis and the Virginia Libertarian Party?

OK, so he didn’t get 10 percent, and he surely didn’t win. But Robert Sarvis held on to most of the support that he was getting in polls taken before the 2013 Virginia governor election. What does this mean for Sarvis and for the Libertarian Party whose banner he carried? Not much, actually, despite what you’re hearing from the Libertarians.

Robert Sarvis on the debate: ‘A complete farce’

You can forgive Robert Sarvis for being a bit bitter. Sarvis is on the ballot for governor as the Libertarian Party nominee, he’s polling 10 percent or above in most polls, and yet he was strong-armed out of a slot in the final gubernatorial debate of the 2013 election cycle because, well, because he’s not a Democrat or Republican.

The ACLU of Virginia yesterday submitted a brief to the U.S. Supreme Court urging the Court to deny the State Board of Elections’ request for review of the Fourth Circuit’s decision holding that Virginia may not prohibit nonresidents from circulating ballot petitions for third-party presidential candidates.