The Manassas Park City School Board voted unanimously to add sexual orientation and gender identity to its nondiscrimination policy. Equality Virginia hailed this vote as further evidence that Virginians are ready for full equality for the Commonwealth’s LGBT community.

Pro-LGBT bills down in flames in GOP House

Don’t let anybody tell you that one vote doesn’t matter. Lawmakers in Virginia’s House of Delegates today summarily killed four bills that would have ensured more equal treatment under the law for LGBTQ people across the Commonwealth.

U.S. Senator Tim Kaine led 15 of his colleagues to introduce the Fair and Equal Housing Act of 2017.

Bathroom bill is dead: But what about that LGBT anti-discrimination bill?

Minutes after killing the bathroom bill, a GOP-controlled committee killed a bill that would have protected LGBT individuals from being fired for being gay.

The Fenway Institute of Fenway Health released a policy brief showing that gun violence poses a substantial threat to the health of the LGBT community. 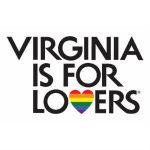 Orlando: It’s just easier to blame it on ISIS

What we don’t know about the Orlando nightclub mass shooting far outweighs what we do know. Not that this has stopped any of us from coming to conclusions.

Gov. McAuliffe vetoed a bill that would have provided exemptions to those “operating in connection with a religious organization” that would discriminate against LGBTs.

There appears to be major sewage malfunctions in North Carolina. Initially, I thought it was going to be a costly infrastructure burden on the state.

The House of Delegates passed a bill that would establish a right to discriminate for people who hold certain religious beliefs about LGBTs.

The Senate approved a measure entitling religious organizations and affiliated businesses to refuse to provide services or goods based on religious beliefs.

The Senate Committee on General Laws and Technology voted Monday to advance a bill that would effectively sanction a form of LGBT discrimination.

A House subcommittee chose not to decisively vote on two of the unprecedented six anti-LGBT bills heard during the meeting.

A Senate committee voted to report bills that would ban discrimination based on sexual orientation or gender identity in public employment and in housing.

Virginia’s leading advocates for LGBT rights denounced an all-out attack on the rights of that community in nine bills currently before the legislature.

Hillary Clinton statement on the endorsement of the Human Rights Campaign

Hillary Clinton released the following statement in response to earning the endorsement of the Human Rights Campaign.

The presidents of Eastern Mennonite University and Goshen College announced their voluntary withdrawals from the Council of Christian Colleges and Universities today. The withdrawals come in response to several CCCU institutions’ concerns following the July 2015 decisions by EMU and GC to update their non-discrimination policies and allow the hiring of married gay and lesbian faculty.

The importance of family support for GLBT members in recovery

Rehabilitation from drug or alcohol addiction is always challenging, but for members of the GLBT community, there can be additional obstacles to overcome.

The Department of Justice today filed a statement of interest in federal court explaining that transgender students must be allowed to use the restroom that corresponds with their gender identity under Title IX of the U.S. Education Amendments of 1972.

Today, U.S. Senator Tim Kaine released the following statement as oral arguments begin at the Supreme Court on the question of marriage equality.

ACLU of Virginia remarks on freedom to marry cases before U.S. Supreme Court

Claire Guthrie Gastañaga, executive director of the ACLU of Virginia, released a statement regarding oral arguments at the U.S. Supreme Court involving challenges to the Kentucky, Michigan, Ohio, and Tennessee bans on marriage rights for same-sex couples.

Five years after the launch of the network, GetEQUAL announced a LGBTQ Bill of Rights, as part of a new “No Asterisks” campaign for full LGBTQ equality.

On Saturday, April 18, Equality Virginia will honor the 2015 class of OUTstanding Virginians – those who represent Virginia’s lesbian, gay, bisexual, and transgender community with distinction and are committed to moving the LGBT community forward – at its 12th Annual Commonwealth Dinner.

On Thursday, Senate Bill 785, a bill to protect lesbian, gay, bisexual, and transgender public employees from workplace discrimination, was tabled in the House General Laws subcommittee 4, effectively killing it for the remainder of this session.

Equality Virginia is applauding the move by a House subcommittee to kill a bill that would have allowed any business or professional in Virginia to blatantly discriminate against LGBT people.

On Monday, Senate Bill 785, a bill to protect lesbian, gay, bisexual, and transgender public employees from workplace discrimination, was voted out of the General Laws and Technology Committee with an 8-7 vote.

Equality Virginia: We must end harmful and ineffective conversion therapy

In response to today’s vote in the Senate Committee on Education and Health to pass by SB 988, James Parrish, executive director, Equality Virginia, offered the following response.

This morning, the Senate Committee on Education and Health heard incendiary testimony suggesting that homosexuality might be a mental health issue before voting along party lines to defeat Senator Louise Lucas’ SB 988.

As members of the Virginia’s House of Delegates prepare to hear an anti-LGBT bill, 134,000 All Out members globally including 40,000 in the USA and 7,000 in Virginia have spoken out against the proposed legislation.

Lawmakers come together in support of bills to protect LGBT individuals, families

Nearly a dozen legislators came together on Tuesday in support of bills that would create a more welcoming and inclusive commonwealth for lesbian, gay, bisexual, and transgender Virginians.