The Harrisonburg and Rockingham County Democratic committees announced the list of speakers to the 2017 Democratic Labor Day Celebration.

The importance of employee ownership

Labor Day is a time for us to celebrate the workers who make our economy grow – the people without whom businesses could not survive and thrive.

Nine drivers, four passengers, a pedestrian and a bicyclist all lost their lives to traffic crashes in Virginia over the 2015 Labor Day weekend, according to preliminary data.

Randy Forbes: The power of work and American values

Work is a silver thread throughout the American character. Throughout history, it has been individual Americans who have helped our nation burst through economic sluggishness.

The Virginia Trucking Association is urging the the nearly 1 million Virginians expected to travel our highways over the Labor Day weekend to drive safely and follow several simple tips in order to keep this a safe holiday.

The ACC and Notre Dame have announced their football playing dates through the 2025 season, formally sealing the partnership that began this season and will feature an average of five games per year over a 12-year span. 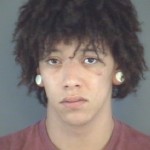 The Waynesboro Police Department has charged a Staunton man for a sexual assault that took place in early September at a Waynesboro apartment complex. Daniel Matthew Vest Jr., 18 years old, faces one felony count of rape for the Labor Day attack of a 54-year-old victim.

Ken Plum: Back to school

Although it has been many years since I was a teacher in the classroom, I still get a nervous stomach around Labor Day each year in anticipation of the beginning of a new school year.

Robert Sarvis tells Dems, Republicans alike how it is

Robert Sarvis ran for governor in Virginia as the Libertarian Party nominee in 2013, and despite barely registering a peep in the discourse of the campaign with all the attention on Democrat Terry McAuliffe and Republican Ken Cuccinelli, he still received 6.5 percent of the statewide vote.

Mark Warner was searching for the right front porch. “There was one lady I wanted to make sure to see, and I hope I got her, because she told somebody last night, Make sure he comes up and kisses me on my porch, and I couldn’t remember which porch, so I made sure I went up to every porch.”

News and notes from the region related to the Labor Day holiday. 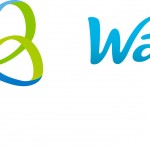 Water Country closes for the season

A grim discovery last night in Deerfield, Va., as investigators discovered the remains of Lt. Col. Morris Fontenot Jr., the pilot on a routine flight from Massachusetts to New Orleans whose F-15C jet crashed in the mountains of western Augusta County early Wednesday morning.

Gas prices continue to head downward as nearly 30 million travelers take to the roads to celebrate the last travel holiday of the summer.