Augusta Free Press editor Chris Graham joins host Jim Bresnahan on WREL-1450 in Lexington, Va., to talk news and sports. The segment includes a review of this week’s Republican Party presidential debate, the latest news on accused murderer Jesse Matthew, and a preview of the upcoming weekend in college football. 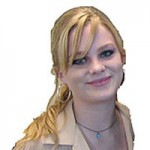 An Albemarle County Grand Jury has returned two indictments against Jesse Matthew in connection with the October 17, 2009 disappearance and death of Morgan Harrington.

Augusta Free Press editor Chris Graham joins host Jim Bresnahan on WREL-1450 in Lexington, Va., to talk Virginia news, sports and politics. Today’s segment includes updates on the Jesse Matthew abduction and murder cases, the latest news on the Virginia economy, and a quick preview of the 2015 College World Series, which begins on Saturday with UVA facing off with Arkansas.

Jesse Matthew appeared via video link in Albemarle County Circuit Court on Wednesday on charges of first degree murder and abduction in the September 2014 disappearance and murder of second-year UVA student Hannah Graham.

Jesse Matthew has been indicted for first-degree murder in the disappearance and death of second-year UVA student Hannah Graham. Albemarle County Commonwealth’s Attorney Denise Lunsford confirmed the indictment in a press conference in Charlottesville on Tuesday.

DNA testing done in the abduction of Nelson County teen Alexis Murphy has ruled out Jesse Matthew as being at all involved in the case.

This edition of Inside the Newsroom dives into the Top News Stories of 2014. Host Crystal Graham and Augusta Free Press editor Chris Graham have it narrowed down to five, topping the list with the trial, conviction and pending sentencing of former Virginia Gov. Bob McDonnell on corruption charges.

Inside the Newsroom: Legal dramas, immigration battle, and it’s co-o-o-ld outside!

Inside the Newsroom with host Crystal Graham and Augusta Free Press editor Chris Graham examines a slew of several ongoing legal and criminal cases, starting with the latest in the allegations against comedian Bill Cosby.

The Office of the Chief Medical Examiner has confirmed today that second-year UVA student Hannah Graham was the victim of a homicide.

Inside the Newsroom: Debut podcast with AFP editors Crystal and Chris Graham

Augusta Free Press debuts a new podcast, Inside the Newsroom, with AFP editors Crystal Graham and Chris Graham, covering news, politics and culture in Virginia and the world.

Augusta Free Press editor Chris Graham joins host Jim Bresnahan on WREL-1450AM in Lexington to talk news and sports. The segment begins with the latest in the Hannah Graham disappearance and the investigation into the role that Jesse Matthew may have played in that case and other missing persons cases in Central Virginia. A look at the U.S. Senate race and the weekend in college football wrap us up.

Statement from parents of Hannah Graham

When we first met Chief Longo he promised to find our precious daughter, Hannah, and during five long weeks his resolve to fulfill that promise never wavered. When we started this journey together we all hoped for a happier ending. Sadly that was not to be, but due to the tenacity and determination of Chief Longo, Hannah is coming home to us and we will be eternally grateful to him for this.

The Medical Examiner’s Office in Richmond has confirmed the remains found on Saturday, Oct. 18, on Old Lynchburg Road in Southern Albemarle County are the remains of Hannah Graham, 18, of Fairfax, Va.

Dancing around the obvious in the Jesse Matthew case

Thinking in depth about the ongoing investigation into the disappearance of Hannah Graham, the charges against Jesse Matthew related to that case, the new charges against him in a case in Fairfax in 2005, the continued speculation about the Morgan Harrington case, and the legal system and how it works.

I didn’t know Hannah Graham. I do not know Jesse Matthew. I do not know what happened after he caught up with her that night. I live in Charlottesville. One persistent, troubling question has nagged me since her disappearance. Why did no one take responsibility for her that night?

Body believed to be Hannah Graham found in Albemarle County