White-out, sorta, kinda, for UVA vs. Pitt on Saturday

UVA defensive end Eli Harold said last week that he wanted to see a white-out for Saturday’s key ACC clash with Pitt in Scott Stadium. Harold is getting his wish, sorta, kinda.

Dave Koehn, the Voice of the Cavaliers, talks with sportswriter Jeff White for an update on UVA football training camp. 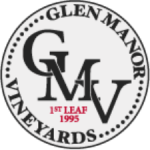 Barack Obama rode the change we need to the White House. Al Groh will have to see some change indeed to keep his job. “I don’t know if there’s a number of games he has to win. It’s hard to say that on the front end, because a lot depends on how the season unfolds,” […]

AFP editor Chris Graham talks UVa. football with VirginiaSports.com news editor Jeff White. The quarterback controversy, the linebacker situation, how much rein Al Groh will give new offensive coordinator Gregg Brandon and how much more reign Groh will have in Charlottesville are among the topics. Length: 7:58.

Groh sycophants only tell part of the story

Jerry Ratcliffe doesn’t think you have a right to say your piece. What you look at as being an American type that’s used to being able to share an opinion that might run counter to what he’s thinking at the time, he looks at as “negativity.” Funny thing, this “negativity,” which is so bad that […]