An infrastructural business model for the 21st Century

Steel is a sustainable building material in addition to being cost-effective.

A Virginia Tech research team charged with studying the bicycle infrastructure in the Foggy Bottom-Farragut area of Washington, D.C.

The U.S. corporate tax rate isn’t a threat to business: Crumbling infrastructure is

Our country’s once-robust infrastructure has played a vital role in the success of our economy. Roads, bridges, and transportation systems are the heart and blood of commerce and give consumers easy access to goods and services. Our public schools produce the next generation of workers.

The importance of information security for businesses

The stakes of a security breach can hardly be overstated—if not fatal, they can do irreparable damage to your business’s reputation.

Governor Terry McAuliffe announced Monday more than $700,000 in Community Development Block Grants for the Counties of Charles City and Wise.

ACA statement regarding loan default by the City of Buena Vista

Following the recent decision by the City of Buena Vista to renege on forbearance terms negotiated in 2011, the bond trustee for the city’s approximately $9 million in Golf Course Project Bonds has issued an Event of Default Notice.

State Sen. Emmett Hanger (R-Augusta), Chairman of the Virginia Rural Center, has taken a lead role in organizing and hosting the Governor’s Summit on Rural Prosperity.

For the past six months, a local group of residents has met regularly to discuss ways to revitalize, organize and improve Staunton’s West Beverley corridor from Thornrose Cemetery to the Augusta County line.

Today at a press conference in Richmond, Governor Terry McAuliffe announced the savings actions he will execute to eliminate the revenue shortfall in the Virginia budget for Fiscal Year 2015. 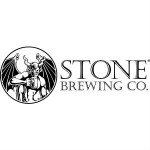 Major traffic pattern changes on Interstate 64 in Rockbridge County have been rescheduled for Friday afternoon, October 10, weather permitting. The Virginia Department of Transportation revised the schedule due to a delay in the delivery of needed materials.

The Virginia Department of Transportation has revised its schedule for major traffic pattern changes on Interstate 64 in Rockbridge County. The changes are scheduled to take place on the afternoon of October 9, 2014 as part of the rehabilitation of the eastbound and westbound Maury River bridges.

Improvements to the traffic signal system along Route 29 north of Charlottesville will require nighttime lane closures beginning next week. The work, which will be done at seven intersections between Hydraulic Road and Rio Road, will begin Monday, Oct. 6 and is anticipated to continue for several months.