Going into the start of ACC play last weekend, it looked like it was really a tale of two conferences: Duke, UVA and Louisville in the one, and everybody else in the other.

Thomas Skalak, vice president for research at the University of Virginia, has been named the inaugural executive director for science and technology programs at the Paul G. Allen Family Foundation in Seattle, officials announced Monday. The appointment is effective Feb. 1.

Attorney General Mark R. Herring has been named a member of the inaugural cohort of the Hunt-Kean Leadership Fellowship.

Virginia is the only state in the nation that lacks a law against human trafficking for sexual exploitation, a crime that impacts an estimated 100,000 U.S. children each year.

Game Notes: JMU football on the road at Charlotte

After an off week, JMU football returns to action on the road, traveling to Charlotte, North Carolina to take on the Charlotte 49ers.

The third-ranked UVA women’s soccer team was victorious in its first-ever trip to Louisville, downing the Cardinals 2-1 Sunday at Lynn Stadium. The Cavaliers rallied from down an early goal to improve to 14-1 (6-1 ACC), while the Cardinals (6-7-2) fall to 2-3-2 in their inaugural ACC season.

The Shenandoah Valley Technology Council announces its first “Tech on the Wharf” in Staunton, Thursday, October 2, 2014 from 5-7pm.

The charismatic Peppas of VCU and the inaugural Latin Music Festival are two of many highlights that will grace the Taste The Local stage at the Triple Crown Amphitheater during the 2014 State Fair of Virginia. 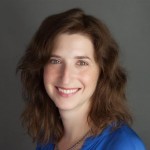 Virginia Commonwealth University announced it has appointed Lauren Ross as curator of the new Institute for Contemporary Art, opening in 2016. 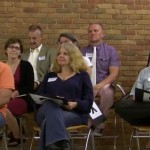 Governor Terry McAuliffe today launched the first ever Commonwealth #DatathonChallenge, a competition pitting teams from Virginia agencies against one another as they create new applications that streamline government, better serve citizens, and jumpstart business opportunities.