A Republican wave? A big Dem poll skew? What the hell happened?

Conventional wisdom had Republicans big favorites to win a Senate majority, build on its strong House majority and pick up several governorships.

The free Ready Virginia mobile application that helps people prepare for emergencies and stay informed during disasters was demonstrated to President Barack Obama May 30 in preparation for hurricane season, which extends through Nov. 30.

To emphasize the importance of preparing for hurricane season, Gov. Terry McAuliffe has recognized May 25-31 as Hurricane and Flooding Preparedness Week.

Americans are observing Veterans Day. Some will observe it with a day off from work or checking out the special Veterans Day sales that will be held in department stores. But the real meaning of the day should be to think about the great sacrifices of the men and women who deserve to be honored.

AccuWeather.com reports nearly two months after Sandy wreaked havoc on the East Coast, the National Hurricane Center has revealed the thought process behind the decision not to issue hurricane warnings north of North Carolina, which resulted in much miscommunication and confusion for the government and public alike.

My family and I live in Lower Manhattan. Hurricane Sandy left us, as it did so many other families and businesses, without power, heat, hot water and refrigeration. Out heartfelt best goes out to all who were affected. Recovery hasn’t been easy – not for any of us.

Gov. Bob McDonnell today asked for a federal emergency declaration to help Virginia’s state and local governments and other agencies respond to and recover from the widespread impacts of Hurricane Sandy.

The Greater Augusta County area is under a high-wind warning through 8 p.m. Tuesday as the remnants of Hurricane Sandy move inland in the Mid-Atlantic. 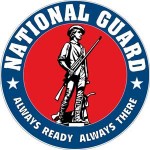 The Virginia National Guard has been authorized to bring up to 300 personnel on state active duty for possible severe weather recovery operations from Hurricane Sandy.

After last year’s pre-Halloween trick from Mother Nature (a rare October snow storm affecting most of the Northeast which followed a hurricane and earthquake in the Commonwealth), one would think our area would be due for a treat this year. Unfortunately, Mother Nature has another trick up her sleeve this year by the name of Hurricane Sandy.

The Virginia Department of Agriculture and Consumer Services has advice for Virginians about food safety before, during and after power outages that may be caused by Hurricane Sandy. Sandy appears to be on track to cause power outages in eastern Virginia, and depending on the track she takes up the east coast, throughout the entire state.

Gov. Bob McDonnell has declared a state of emergency in Virginia in preparation for Hurricane Sandy, which is anticipated to affect the Commonwealth over the weekend and early next week.