A Senate committee voted to report bills that would ban discrimination based on sexual orientation or gender identity in public employment and in housing.

Housing is part of the economic infrastructure of local communities and it is intertwined with other key economic components including construction, finance, property management, legal services, and professional services.

I continue to celebrate the human rights victories we have had recently in marriage equality, health care and housing. I voted against Virginia’s marriage amendment defining marriage as being between a man and a woman when it came before the General Assembly.

Researchers from the Virginia Center for Housing Research and the Urban Institute have taken a leading-edge look into innovation in the housing industry, conducting a new in-depth statistical analysis in this area of the industry.

The City of Charlottesville is a quarterfinalist in the Georgetown University Energy Prize, a nationwide competition for small-to-medium sized communities to compete to win a $5 million grand prize by saving energy.

Today, U.S. Sen. Mark Warner’s re-election campaign announced a new ad, “Get It Right,” which highlights Senator Warner’s long history of fighting for the thousands of military men, women, veterans and families that reside in the Commonwealth.

Livestock producers that have experienced grazing losses since October 2011 and may be eligible for benefits but have not yet contacted their local Farm Service Agency (FSA) office should do so as soon as possible.

Agriculture Secretary Tom Vilsack announced that $328 million in funding is being invested to help landowners protect and restore key farmlands, grasslands and wetlands across the nation.

A new report shows that in Virginia, families are struggling with the reality of making ends meet on a limited budget while state legislators refuse to implement life and cost savings by expanding Medicaid. 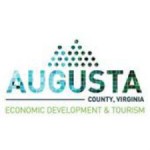 Denstock LLC, a Charlottesville, Virginia,-based real estate investment company, announced today that it has closed financing and started site work on The Apartments at Goose Creek, a $32 million multi-family community located in Fishersville.

Remarks at a Democratic Senate Campaign Committee event in Tisbury, Mass., from President Barack Obama on the economy, international situations and more.

The Commonwealth Council on Childhood Success is focused specifically on the health and education of young children, from infancy through age 8, and I am honored that Governor McAuliffe named me Chair of this new body.

Four years ago, President Obama signed the Dodd Frank Act, which was intended to address the underlying issues that led to the financial crisis and create a safer financial system.

The Shenandoah Valley Juvenile Center is housing seven children from Central America have been placed at the center in the past month. Meaning the world, as we know it, is coming to an end.

Producers with expiring USDA Stewardship Program contracts have from July 11 until Sept. 12, 2014 to renew and add conservation activities that will support their natural resource improvement activities and fine-tune their conservation plans.

Gov. Terry McAuliffe has signed onto a national agreement aimed at ending veteran homelessness by the end of 2015.

The Virginia Department of Game and Inland Fisheries and the Wildlife Center of Virginia announced today that the Knoxville Zoo has agreed to provide a permanent home for a yearling Black Bear that cannot be released back into the wild.

The VCU Board of Visitors on Friday approved a budget for 2014-2015 that includes a modest 3.5 percent tuition increase, a new $25-per-semester library fee and no increase in the mandatory university fees.

U.S. Sens. Tim Kaine (D-Va.) and John Cornyn (R-Texas) have introduced legislation that would direct a DOD commission to take preferences of military personnel on their pay and benefits into account. 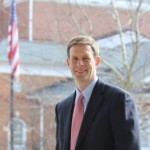 Luz Vega-Marquis: A living wage is an equal voice

Although the terms “minimum wage” and “living wage” are sometimes used interchangeably, their meanings are quite different. A minimum wage is the lowest a business can legally pay. A living wage is what its workers need to meet their families’ basic needs – to stave off the choice between a gallon of gas and a gallon of milk.

Dinner Diva: Why you should try to use organic food in your recipes

The Virginia Department of Health is looking for financially viable organizations that can serve meals to children during the summer months. Organizations that participate in the Summer Food Service Program will be reimbursed by VDH for the meals that are served.

In an effort to strengthen the economy and increase the supply of affordable rental housing across the country, U.S. Sen. Tim Kaine joined a group of 32 U.S. senators in a letter urging the end the suspension of contributions to the National Housing Trust Fund (NHTF).

U.S. Sens. Tim Kaine (D-Va.) and Saxby Chambliss (R-Ga.) introduced the Servicemember Education Reform and Vocational Enhancement (SERVE) Act of 2013, a bill to improve the quality of educational programs for servicemembers and veterans and help them transition into the civilian workforce.