Many patients choose to end treatment early and risk the return of their cancer rather than suffer such a dramatic detriment to their quality of life.

How to take advantage of growing health care opportunities in Augusta

The health care industry is strong in Augusta. In fact, it is the county’s third-largest industry, behind government and manufacturing.

Students to compete for $40,000 in revamped UVA Entrepreneurship Cup

Nine business concepts formulated by students or student teams will square off Friday in the final competition of the UVA Entrepreneurship Cup, to be held in the Great Hall of Garrett Hall.

Governor Terry McAuliffe convened a Summit on Veterans Health Care Access on Monday, bringing together top leaders to work together on improving the availability of services to Virginia’s nearly 800,000 veterans.

Progressives offer bipartisan plan for healthcare? Not quite

The Center for American Progress released a healthcare reform plan in Septebmer it claimed should draw bipartisan support because it includes Republican ideas. The first four words of an Associated Press article reporting on the plan were “Borrowing a Republican idea.” 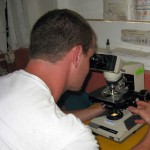 The two-year-old MA in biomedicine program at Eastern Mennonite University is designed to teach its students to look at biomedicine from a broad, multi-faceted perspective.

Urban Tree Workshop to be held in Waynesboro

Blues for a Cure to benefit pancreatic cancer research at UVA

Citizens for Responsibility and Ethics in Washington called for an investigation into whether former State Sen. Phillip P. Puckett violated federal and state anti-corruption laws by resigning from office in exchange for a job appointment.

The Harrisonburg Campus of American National University (www.an.edu; 540-432-0943), located at 1515 Country Club Road, will host two upcoming career fairs. The events are free and open to the public.

The Virginia House Democratic Caucus announced its priorities for the 2014 legislative session on Thursday.

Last week, the House approved legislation to allow Fifth District families to keep their healthcare policies in 2014. H.R. 3350, the Keep Your Health Plan Act, passed the House with bipartisan support. Millions of Americans have received notification that their health plans have been cancelled as a result of the President’s health care overhaul.

The House voted 261-157 on Friday to pass legislation styled the Keep Your Health Plan Act, which would allow insurers to keep offering individual health coverage plans in 2014 that don’t meet the minimum requirements of ObamaCare.

As a long-time reproductive justice advocate, I have spent the better part of my career working to ensure that women, regardless of income or background, have access to the care that they need. For me, Women’s History Month provides a perfect opportunity to take stock of the work that still needs to be done so that women and girls can claim agency over their own destinies. 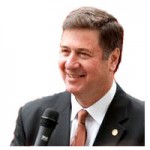 American consumers have saved an estimated $2.1 billion on health insurance premiums as a result of two important provisions of ObamaCare (Affordable Care Act) that protect consumers from excessive premiums.

Ray Woosley, David Feigal and Carl Peck: Which party has a platform plank for more health and less healthcare?

The 2012 Democratic and Republican Party platforms spell out what party leaders believe will address the needs of the American people. However, will they include a plank that acknowledges and addresses the fact that our nation spends more than all others on medical research and healthcare yet still has one of the highest infant mortality […]

Occupy Staunton is hosting a forum on the Affordable Health Care Act at the Staunton Public Library on Tuesday, June 12, at 7 p.m

The ink is barely dry on the paperwork, but Andy Schmookler isn’t wasting any time making the most out of his campaign’s latest accomplishment. “In the weeks and months ahead, I will be increasing my public challenges of Bob Goodlatte,” Schmookler wrote to his supporters in an email announcing he had secured the Democratic nomination […]

The Andy Schmookler for Congress campaign faced an unusual challenge, and met it with room to spare. Candidates seeking to be on a congressional primary ballot in Virginia must gather 1,000 signatures from registered voters in the district. While most candidates began gathering signatures Jan. 1, the decision to hold a Democratic primary in the […]

My many stops and meetings throughout the Fifth District have painted a clear picture of the concerns Fifth District Virginians have regarding the most pressing issues facing our country today. At the top of that list is the President’s health care law. These policies put forth in Washington have very real effects on Central and […]

As I continue meeting and talking with citizens across the Fifth District, it remains clear that too many are suffering not only from the President’s economic policies, but also from the budget-busting policies put forth in the government takeover of health care that was signed into law nearly two years ago today. Just this past […]

In this corner, weighing in at 155 pounds, the challenger, Andy Schmookler. Cue up the theme from “Rocky” here, right? “I’m going up against a guy who’s been sitting in that seat for 20 years. So I’m the challenger in the ‘Rocky’ sense. But I’m also going to be the challenger in another sense,” said […]

Mark Warner had just said that Congress won’t be able to come up with a solution to federal-budget and national-debt issues until both Republicans and Democrats put some “skin in the game” to work toward a compromise solution. A member of the audience at the Waynesboro YMCA put those words back at the centrist Democrat, […]

Republicans push themselves as patriots, but something about the claim and the way they act bothers Andy Schmookler. “In the last year-plus, three times they have basically threatened to do something that would be bad for the country if they weren’t given their demands met. A patriot doesn’t say, Meet my demands, or I’ll blow […]

Is global warming a real reason for concern? Sixth District Democratic congressional candidate Andy Schmookler doesn’t pretend to be an expert in climate science. He is smart enough to look at what those who are have to say. “There are people who have been told that the way science works is that we have essentially […]

American consumers pay more than 17 percent of their annual national income on health care, roughly two times more than comparable Western democracies – with measured outcomes in the range of some Third World countries. Andy Schmookler is among those who has a problem with this dichotomy. “I was brought up to believe that one […]

For all the rhetoric from the newly elected Republican House members on repealing the health care law, we hear absolutely nothing about their solutions to our health care crisis. I have not heard one politician who talks of repeal propose a single viable solution to fix our dysfunctional insurance system. Maybe the Republicans offer no […]

Thanks to health care reform, things will begin to get a lot better in our communities as the initial phase of consumer protections kicked in last week. Having doubts? Maybe you should ask the parents of children with pre-existing conditions who can no longer be denied coverage, or young adults without insurance who can now […]

Column by David Reynolds Submit guest columns: freepress2@ntelos.net   “We held on as long as we could,” was the announcement. It came as no surprise. There were numerous warnings to soften this latest blow to our proud past. Still no one was happy. Parents, particularly mothers, were angry. They wanted time as much as money […]

Column by Austin Gisriel Submit guest columns: freepress2@ntelos.net   What works? The American people still believe in this most basic American value, even if American politicians have abandoned it. Pragmatism is, perhaps, the quintessential American value, and it essentially defines the growing political center. It is why even people who generally approve of the recently […]