When UVA sociology professor Jeffrey K. Olick visited the Warsaw Ghetto Memorial a few years ago, he saw something unexpected.

You’re Not Alone: Lost memorials of my ancestors

Every Sunday, while I was living in Germany or on vacation, we went to my family’s cemetery plot. We picked weeds and watered the flowers and shrubbery.

When it comes to the dispute between Airbnb and the Berlin government, it’s clear Airbnb isn’t housin’ anything.

The unasked question: Why are they coming?

Almost none of the condemnation of refugees coming from the media or on social media is asks the ancillary question, “Why are they coming?”

Expert on the Berlin Wall to speak at Bridgewater College

Dr. Hope M. Harrison, associate professor of history and international affairs at The George Washington University, will speak on “The 25th Anniversary of the Fall of the Berlin Wall and German Historical Memory.”

A goal in the ninth minute of play Wednesday night proved to be the difference in James Madison field hockey’s 1-0 win over American in the 2014 home finale at the JMU Field Hockey Complex. 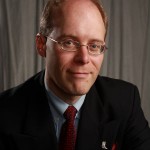 Lee Chapel and Museum presents “Remembering Robert E. Lee” with a speech by noted historian, professor and author Dr. Christian B. Keller on Monday, Oct. 13, at 12:15 p.m. in the Lee Chapel Auditorium.

Staunton author Clifford Garstang, winner of the 2013 Library of Virginia Literary Award for Fiction, will present his new book at a release party at Staunton’s Black Swan Books & Music, at 6pm on Friday October 3.

UVA kicker Ian Frye kicked a 46-yard field goal in the fourth quarter of the Cavs’ 41-33 loss at BYU on Saturday knowing that his father, Mark, had suffered a heart attack.

The Holocaust Seventy Years On: What happens if we don’t write the history?

On Thursday, September 11, Dr. Charles W. Sydnor, Jr., will instruct an unusual class at the Virginia Historical Society. Dr. Sydnor is president and executive director of the Virginia Holocaust Museum.

Junior midfielder Saskia Chelmowski (Berlin, Germany/Gustav-Heinemann Oberschule) tallied a pair of solo goals to lead JMU field hockey to a 4-3 victory at Kent State in the 2014 season opener on Saturday.

While cancer patients do need excellent clinical care, compassion and understanding—they may also need personalized help or assistance with anything that is a barrier to that care.