Will Skinner hit his team-leading 10th home run of the season, but the Lynchburg Hillcats snapped their five-game winning streak with a 4-2 loss to the Blue Rocks at Calvin Falwell Field Wednesday night. 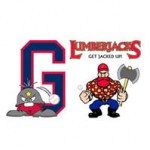 Jeff Schank gave up three hits in six scoreless innings, and Garrett Russini had a homer and three RBI, lifting the Waynesboro Generals to a 6-0 win over the Covington Lumberjacks in Game 1 of a Valley League doubleheader at Kate Collins Field Wednesday night.

The Frederick Keys turned a 1-1 game after six into a 8-1 lead after eight frames, and won over the Salem Red Sox by that final score at LewisGale Field Wednesday afternoon. 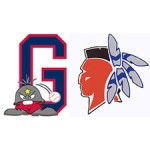 Myrtle Beach’s leadoff man Chris Garia scored in the first inning, and the Pelicans led wire-to-wire in a rain-shortened 7-1 contest against the Lynchburg Hillcats at Calvin Falwell Field Wednesday night.

Lynchburg walks off with 5-4 win over Frederick

For the third straight night, a four-run deficit in the fifth inning proved to be an afterthought by the end of the game, as Lynchburg overcame an early 4-0 hole with home runs by Will Skinner and Tyler Tewell and defeated Frederick on a Josh Elander walk-off single, 5-4 in 10 innings, at Calvin Falwell Field Wednesday night.

The Salem Red Sox and Winston-Salem Dash split a doubleheader at LewisGale Field Wednesday night. Luis Diaz pitched six quality innings in the Red Sox 3-2 victory in game one. In game two, Jefferson Olacio and Kyle Hansen combined for six innings of one run ball in a 4-1 Dash win.

J.B. Wendelken (4-4) improved his record against Salem to 4-0 with seven superb innings as the Winston-Salem Dash took game one of the four-game set, 3-0.