Fairfax Hall will be the host of a stop on Grandma Lee’s 2015 Over the River and Through the Woods tour on Saturday, Nov. 14, at 8 p.m. 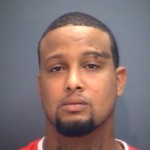 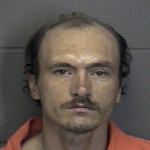 The Waynesboro Police Department has arrested a Waynesboro man for several residential burglaries and thefts including one that took place over a year ago.

The Waynesboro Police Department is investigating the theft of three vehicles that occurred in the city sometime early Christmas morning or late Christmas Eve. Officers were first called to the scene of a crash in the 200 block of South Forest Avenue at approximately 4 a.m. involving a 1999 Ford Expedition and a parked 2009 Hyundai.

The Waynesboro Police Department has apprehended the last two wanted suspects, James Henry Crawford III and Dale Sean Wright, wanted in the Fairfax Hall home invasion robbery that occurred on Oct. 10. Wright and Crawford were caught sleeping at the time and were arrested without incident.

The Waynesboro Police Department is investigating a home invasion armed robbery in which shots were fired.

Suspects arraigned for ‘Murder on the 13th’

The Festival of Trees

A chance to take home a beautifully-decorated Christmas tree and contribute to the efforts of AMC Hospice of the Shenandoah is on tap for Friday and Saturday at Fairfax Hall in Waynesboro. The first annual Festival of Trees will begin with a gala reception set for 6-10 p.m. Friday. The auction of Christmas trees decorated […]

Item by Chris Graham freepress2@ntelos.net Ballroom dancing is the hot thing in Waynesboro on Thursday nights. Lessons are offered at Fairfax Hall at 1101 Reservoir St. from 7-9:30 p.m. The cost to take part is $5 per person. Music is provided by volunteer deejays. For more information, email kylehausrath@gmail.com or call 540.476.5043.

Item by Chris Graham freepress2@ntelos.net Beginner Salsa lessons are being offered beginning Thursday evening at Fairfax Hall in Waynesboro. Lessons will be taught by Shergold Studios and will begin at 7 p.m. The cost is $5 per person. Singles are welcomed. Following the lessons will be ballroom dance practice from 8-9:30 p.m. A $2-per-person donation […]