Local residents and community activists joined environmental and social justice groups to call for a comprehensive study and review of state fracking standards.

Lessons from BP: Is off-shore drilling any safer for the environment today?

Is off-shore drilling any safer for the environment today given lessons learned from the 2010 BP Deepwater Horizon disaster in the Gulf of Mexico?

Earlier this year the Obama administration proposed opening up a huge swath of the Atlantic coast to offshore drilling. On the five-year anniversary of the BP Deepwater Horizon disaster, Environment Virginia called on the president to protect Virginia’s coastal marine-life, communities and economy.

After more than seven years of stop-and-go progress, the George Washington National Forest finally has a new Forest Plan to guide management for the next 10-15 years.

At 9:59 a.m. Wednesday, Virginia State Police responded to a single-vehicle crash along the eastbound lanes of I-64 near the 96 mile marker in Augusta County.

The following is a statement from Greg Buppert, senior attorney at the Southern Environmental Law Center, on the proposed Dominion pipeline.

Opening up the Mid and South Atlantic coast to risky oil drilling is ill-advised, according to comments submitted this week to the Bureau of Ocean Energy Management by 27 citizens groups regarding the government’s proposed 2017-2022 leasing of the Atlantic Coast to oil companies for drilling.

Governor Terry McAuliffe announced Wednesday that two Virginia agencies have signed an agreement on coordinating environmental reviews of potential permits for oil and gas drilling in the Coastal Plain that includes Tidewater. 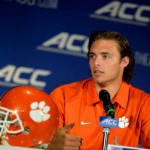 Survey, geology, and environmental crews with the Virginia Department of Transportation will soon begin working in several areas along Route 29 north of Charlottesville as preliminary engineering work begins on the Route 29 corridor improvement projects that were approved by the Commonwealth Transportation Board in its annual update of the Six-Year Improvement Program.

Jonathan Dziedzic remained perfect into the fifth and struck out eight Red Sox in seven superb innings to lead Wilmington to the winner’s circle on Tuesday night, downing Salem 4-1 at Frawley Stadium.

Joey DeMichele reached base six times, Courtney Hawkins launched another home run, and the visiting Dash erupted for 15 runs on 17 hits in a 15-9 triumph over the Salem Red Sox on Sunday night.

Citizen groups debuted a new website this week that will educate the public about the impacts of oil and gas drilling and hydraulic fracturing on National Forests in the eastern U.S. and provide them with tools to evaluate and challenge drilling and fracking proposals.

Lower taxes, drilling and a balanced budget amendment – to George Allen, it’s a blueprint for economic rebirth; to his critics, it’s the boilerplate that sank the American economy during his term in the United States Senate. “The strength, skills and optimism of America’s workforce is our competitive advantage. By shedding the burdensome taxes that […]

Edited by Chris Graham freepress2@ntelos.net   The U.S. Minerals Management Service announced today that it is postponing indefinitely the public-comment period and the public hearings that were scheduled in Virginia, Maryland and North Carolina in the coming weeks on the proposed sale for oil and gas drilling off Virginia’s shore.

Letter from J.R. Tolbert, Richmond, Va. Submit letters to the editor: freepress2@ntelos.net I am writing in response to Gov.-elect Bob McDonnell’s desire to drill off the coast of Virginia. Mr. McDonnell’s arguments in favor of drilling make claims to thousands of jobs and millions of dollars in revenue to the state. These claims are […]

McDonnell: Va. ‘eager to get started’ on offshore drilling

A lot of to-do about nothing

Special Commentary by Chris Graham freepress2@ntelos.net I can’t tell if this latest bit of misinformation involving Bob Goodlatte is from his congressional office or his campaign office – for some reason, I’ve not been getting news releases from either for a few months now – or if it’s the result of overzealousness on the part of […]