Inside the Newsroom: Debut podcast with AFP editors Crystal and Chris Graham

Augusta Free Press debuts a new podcast, Inside the Newsroom, with AFP editors Crystal Graham and Chris Graham, covering news, politics and culture in Virginia and the world.

Progressives offer bipartisan plan for healthcare? Not quite

The Center for American Progress released a healthcare reform plan in Septebmer it claimed should draw bipartisan support because it includes Republican ideas. The first four words of an Associated Press article reporting on the plan were “Borrowing a Republican idea.”

Augusta Free Press editor Chris Graham talks with host Jim Bresnahan on WREL-1450AM in Lexington, Va. The segment covers local and Virginia news, including the latest on the shooting of a motorist on Interstate 64 in Augusta County by a Virginia State Trooper, the investigation into the disappearance of second-year UVA student Hannah Graham and, changing gears, the U.S. Senate race involving incumbent Democratic Sen. Mark Warner.

Augusta Free Press editor Chris Graham talks with host Jim Bresnahan on WREL-1450AM in Lexington, Va. The segment begins with a review of the latest news in the investigation into the disappearance of second-year UVA student Hannah Graham, and the investigation into her alleged abductor, Jesse Matthew, who is also a prime suspect in another disappearance, the 2009 case of Virginia Tech student Morgan Harrington. The focus then turns to the 2014 Senate race and a recent poll that shows incumbent Democratic Sen. Mark Warner’s lead tightening. 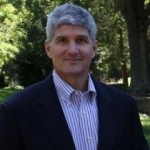 Shak Hill, a candidate for the Republican nomination for the U.S. Senate in Virginia, released a video today blasting Virginia’s incumbent Democratic Sen. Mark Warner for waging a “War on Girls” and claiming that Warner supports so-called “gender-selective” abortion.